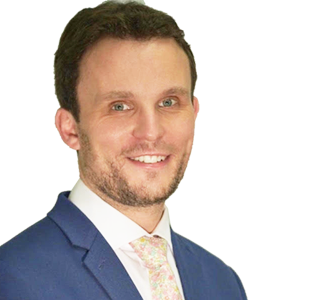 Ben is a versatile and determined advocate. He both defends and prosecutes a variety of cases including serious violence, drugs and sexual offences, and confiscation cases. Ben has developed a practice representing particularly vulnerable clients and has experience of conducting trials where an intermediary is required. Ben is fast developing a reputation as a committed and approachable advocate.

Prior to joining the independent Bar in 2016 Ben worked for the Crown Prosecution Service in London as a Crown Prosecutor. Ben worked in the CPS Proceeds of Crime Unit in London, and the Appeals Unit, dealing with appeals from across the country in a variety of cases. Ben also managed the Unduly Lenient Sentence Team, working alongside Treasury Counsel and regularly meeting with the Attorney General and Solicitor General.

Ben is regularly instructed by the Nursing and Midwifery Council (NMC), presenting cases covering a full range of regulatory concerns including health, lack of competence and conviction cases. Ben presents cases of misconduct in complex and sensitive matters including those of a serious sexual nature and cases resulting in the death of the patient. Ben has further developed his regulatory practice having spent time on secondment with the Royal Institution of Chartered Surveyors.

Ben is a Public Access barrister and is able to accept instructions directly from members of the public in suitable cases.

R v K (2019) – Represented a youth who pleaded guilty to Arson. Following extensive mitigation the Judge was persuaded to impose a Youth Rehabilitation Order with Intensive Superviion and Surveilance Programme.

R v D (2018) – Secured a suspended sentence for a vulnerable client who entered a guilty plea to ABH having glassed the victim in a public house.

R v P (2018) – Represented a defendant who was a serving prisoner charged with ABH and possession of an unauthorised weapon. Following a trial he was acquitted by the jury.

R v S (2017) – Represented a defendant accused fraud by false representation. The fraud involved the defendant setting up several fake businesses of which he placed false orders thorough a legitimate company and syphoned the proceeds of the fake orders off to his own bank account. The case involved analysing huge numbers of documents, including invoices and bank statements. Following careful analysis of the evidence and following a lengthy conference with the defendant he entered a guilty plea and received an eighteen-month custodial sentence.

R v O (2017) – Represented a defendant charged with outraging public decency. Following a 4-day trial the defendant was acquitted by the jury.

R v M (2020) – Prosecuted a young man for criminal damage to a Picasso painting Bust of a Woman, causing damage in excess of £250,000. This was a high profile case generating high media attention. The defendant was sentenced to 18 months custody.

R v H (2019) – Prosecuted a case of fraud and theft by employee involving a particularly vulnerable victim with severe learning difficulties. The fraud concerned abuse of position which involved careful analysis of bank statements and careful examination of the complainant in this matter. Following a 5-day trial the defendant was convicted.

R v N (2018) – Successfully prosecuted a case of a defendant found carrying an axe in public.

NMC v F – Represented the NMC in a case where the nurse failed to realise a patient was seriously ill, resulting in emergency care being administered too late. The patient died. The nurse was found to have contributed to the patient’s death and was struck-off the register.

NMC v B – Successfully represented the NMC. The registered nurse sexually assaulted two vulnerable residents at a care home. The panel found the actions of the registrant to be sexually motivated. The committee imposed a striking-off order.

NMC v V – Successfully represented the NMC. The registered nurse failed to realise a care home resident had suffered a stroke. The nurse forced food into the resident’s mouth and failed to call the emergency services. The panel imposed a Conditions of Practice Order for a period of 18 months.

NMC v H, H and R – Successfully represented the NMC in a case were the registrants were found to have contributed to the loss of chance to prevent the death of a registrant. The panel imposed a striking off order.

NMC v A – Successfully represented the NMC in a case where the registrant had incorrectly placed a naso gastric tube into the lung. The nurse failed to recognise the signs of a misplaced tube, resulting in the death of the patient. The panel found the nurses actions contributed to the death of the patient and imposed a 9 month suspension order.