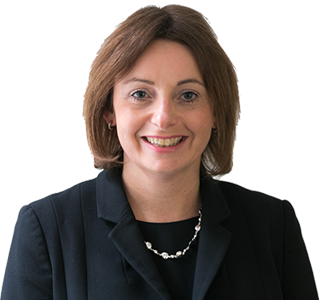 ‘A real team player with an ability to harness complex cases quickly and at short notice. She has superb attention to detail and is very proactive in her approach.’ (Chambers & Partners (2020)
‘She has a real eye for detail and is absolutely thorough in the preparation of her cases.’ Legal 500 (2019)

Clare has been ranked in and listed as a leading individual in Crime (Leader in the Field) in the 2020 edition of the Chambers & Partners Directory for the Bar (following entries in the 2015, 2016, 2017, 2018 & 2019 editions).  Clare is a door tenant in Chambers and is the Programme Leader for the full time BPTC in London and tutor at BPP.

Clare has also been ranked in the 2019 edition of Legal 500 as a Leading Junior in Crime (London).

Clare has a strong practice in serious complex crime, with a specialism in fraud and financial crime.  This has included complex fraud, corruption, multi-million pound money laundering, e-banking fraud, direct taxation offences including PAYE and VAT, allegations of Cheating the Public Revenue, Conspiracy to defraud, Corporation Tax fraud and pension fund divestment fraud.  Clare was instructed by BCL Solicitors LLP in a pre-charge investigation. Clare was instructed in the course of 2018 by the Financial Conduct Authority as LPP review Counsel.

Clare has particular expertise in being instructed in cases alleging offences of rape and serious sexual offences, including representing those accused of sexually assaulting young children and multiple complainant familial historic sexual abuse. Clare is regularly instructed to defend cases concerning sexual offences on a private fee basis.  Clare is a Facilitator trainer which qualifies her to train advocates in the programme of Advocacy and the Vulnerable.

Clare has expertise in cases concerning financial crime. This is set out under the Fraud and Financial Regulation Section.

Clare was instructed to defend in one of the first cases of its kind under the provisions of Section 28 of the Youth Justice and Criminal Evidence Act 1999, concerning the pre-recorded cross-examination of the child witness at Kingston Crown Court. Clare is known for her ability to work closely with intermediaries, for her analysis of unused material and third party material and her ability to cross-examine the young and complainants in cases of this nature.

Clare is well versed in dealing with applications in relation to previous sexual history, made and responded to under the provisions of Section 41 of the Youth Justice and Criminal Evidence ACT 1999. Clare keeps up to date with the law and procedure in this area by attending specialist courses.

Clare is a member of the Crown Prosecution Service specialist Rape list and is experienced in providing pre-charge advice on cases of a sexual nature including those that involve historic allegations.

Clare has also developed a specialism in prosecuting and defending lengthy and complex heavyweight criminal cases. Clare is known for her meticulous preparation and analysis. This has included cases concerning large-scale drug trafficking cases involving international elements. Clare has been instructed by the National Crime Agency concerning proceedings under Section 59 of the Criminal Justice and Police Act 2001 surrounding the issues of defective warrants.

Clare is a member of the Crown Prosecution Service Serious Crime Group and Terrorist Panel.

Some notable cases include –

R v R and another (2018) – Defence Counsel instructed to represent the first Defendant in a trial concerning allegations of historic familial sexual abuse dating back nearly twenty five years. The complainant was the niece of the Defendant and sister of the Co-Defendant. The Prosecution called evidence from other family members and friends of the complainant. The Defendant was unanimously acquitted by the jury of the allegations.

R v N (2017) – Defence Counsel instructed on a privately instructed basis, in one of the first cases concerning an allegation of Coercive and Controlling Behaviour. The Prosecution alleged that the Defendant had withheld food from his former partner, prevented her from contact with friends and controlled her finances. A not guilty verdict was entered following a successful submission of no case to answer made on behalf of the Defendant.

R v W (2016 – 2017) – Counsel instructed on a privately instructed basis to represent the Defendant at trial at the Central Criminal Court, concerning allegations of the sexual assault of a six-year-old child allegedly committed in the context of a child-minding business. Clare argued that evidence of the Achieving Best Evidence interviews with the child ought to be excluded in light of breaches of the rules in the conduct of the interviews, along with evidence adduced by way of leading questions from other Prosecution witnesses. The Court acceded to the submissions and excluded the evidence. The Prosecution offered no evidence and a not guilty verdict was entered.

R v LMF (2015 – 2017) – Counsel instructed to defend a police officer indicted with offences of assault by penetration, sexual assault and voyeurism committed after meeting the complainant through an online dating website. The case involved detailed but approved cross-examination of the complainant, a detailed analysis of disclosure and expert evidence on toxicology, as well as an application made under the provisions of Section 41 YJECA 1999.

R v S (2015 – 2016) – Counsel instructed to represent the defendant indicted with multiple allegations of rape, sexual assault and child cruelty against his natural daughter. The offences were alleged to have taken place when his daughter was between the ages of five and fourteen. The Prosecution relied on the expert opinion of a Consultant Paediatrician who examined the complainant after the complaint was made but before the ABE interview. Clare conducted a detailed and careful analysis of the Consultant’s report and evidence along with a detailed cross-examination about the medical procedure conducted by the expert and her opinion. The Defendant was acquitted of all allegations.

R v C (2014) – Counsel instructed on a privately instructed basis to defend in a case as part of the Section 28 Y.J.C.E.A 1999 pilot scheme, involving the pre-recorded cross-examination of a child witness in advance of the trial. The Defendant was acquitted by the jury of all nine counts on the Indictment that concerned allegations of the sexual abuse of the Defendant’s 9-year-old son, over the course of 4 years.

R v R and others (2014) – Junior Counsel led by Queen’s Counsel instructed to defend in a seven-handed trial which included an allegation of murder and conspiracy to burgle. The Defendant was acquitted of murder, manslaughter and perverting the course of justice.

R v N and others (2012) – Counsel instructed alone to prosecute eight defendants in a case concerning allegations of Conspiracy to Supply crack cocaine and diamorphine over a number of months, involving complex and detailed surveillance evidence.

R v N and others (2011 – 2012) – Defence Counsel instructed alone up to trial and then led, representing the first Defendant of three in a complex case concerning allegations of Conspiracy to Assist Unlawful Immigration and as originally alleged, multi-million pound money laundering. This case arose from the largest U.K.B.A and joint Police operation in 2010. Not guilty verdicts were entered on all counts after no evidence was offered, following successful applications made on behalf of the first Defendant to resist the admission of hearsay and to exclude evidence.

R v B and others (2010) – Junior Defence Counsel instructed in the multi-handed Heathrow Airport Menzies case.

R v H (2010) – Prosecution Counsel in a trial concerning multiple allegations of sexual assault of a child by an after-school care worker of a pupil in his care.

R v M (2009) – Junior Defence Counsel to Queen’s Counsel instructed in a trial concerning multiple offences of historic sexual abuse of the Defendant’s step-daughter between twenty-five and fourteen years prior to the allegation.

Clare trained and qualified as a Certified Fraud Examiner at Mischon de Reya LLP, passing each of the four elements of the course with 80% or over. The Association of Fraud Examiners is the world’s largest anti-fraud organisation and provider of anti-fraud training and education. Certified Fraud Examiners have the ability to examine data records to detect and trace fraudulent transactions, interview suspects, write investigation reports, advise clients as to their findings, understand the law as it relates to fraud and fraud investigations and identify the underlying factors that motivate individuals to commit fraud.

Clare is a specialist in prosecuting and defending cases concerning allegations of large-scale financial and economic crime. She is known for her detailed analysis of the evidence and unused material and providing advice on the same. Clare has been instructed in wide ranging cases concerning offences of this nature over the course of her practice.

Clare is one of the founding members of The Fraud Lawyers Association and is a member of that committee.

Notable cases in this area include –

R v P (2015 – 2017) – Leading Prosecution Counsel instructed in a case concerning multiple allegations of fraud. The case concerned allegations that the Defendant, during his business dealings, made fraudulent representations in relation to investments made and/or the supply of goods. The Defendant pleaded guilty to a number of the offences on the Indictment.

R v H (2013) – Counsel instructed alone to prosecute an equities investment fraud, where the Defendant defrauded fifteen investors who included close family friends, by spending monies she had been given by them to invest in stocks and shares on their behalf.

R v K & Others (2011 – 2013) – Prosecution Counsel (being led and acting in her own right), instructed by the Central Fraud Group of the Crown Prosecution Service and the E-Crime Division of the Metropolitan Police, of fourteen defendants in a multi-million pound online banking fraud and connected offences of Conspiracy to Cheat the Public Revenue by way of Self-Assessment Tax Fraud, money laundering and being in Possession of False Identity Documents with Intent. The substantive allegation concerned a sophisticated, highly organised online fraud that attacked the UK banking industry and the online bank accounts of customers of those financial institutions.

R v D (2012) – Counsel instructed alone to represent a Defendant tried for defrauding an elderly neighbour of £1.435 million. The case involved complex evidence called from forensic psychiatrists and doctors on issues of capacity and mixed dementia, as well as detailed banking evidence on the movement of the monies that had been defrauded.

Clare has been instructed on behalf of local authorities and corporate clients on a private fee basis.

R v PLC Ltd (2016) – Defence counsel instructed to represent two directors of PLC Ltd concerning allegations under the Construction (Design and Management) Regulations 2015 and Control of Substances Hazardous to Health Regulations 2002. The case concerned allegations that the Defendants had failed to comply with the regulations in relation to construction work done by the business.

R v S and another (2013) – Defence counsel instructed in a contested Crown Court health and safety prosecution, concerning allegations contrary to the Regulatory Reform (Fire Safety) Order 2005. Specifically, the case concerned allegations of failing to carry out a suitable risk assessment and failure to take fire precautions, at premises which had been destroyed by fire. The case required a detailed knowledge of the legislative framework. The Defendant was acquitted of all allegations after the Prosecution offered no evidence on all counts.

R v W and others (2007) – Junior Defence Counsel instructed in a multi-handed intellectual property crime trial, representing the first Defendant, a Director of a large market operator in a test case, for trademark, copyright and money laundering offences. Evidence in support of the Prosecution was heard from witnesses from the British Phonographic Industry and the Federation Against Copyright Theft.