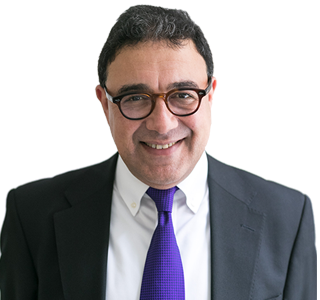 ‘A very charming and charismatic barrister with excellent legal knowledge, and a very experienced and thorough advocate.’

R v HM (Snaresbrook Crown Court) May 2022. Prosecution counsel in trial of rapes of a 14 year old girl. Defendant convicted on all counts.

R v MC (Central Criminal Court) September 2021. Instructed by the defence. Defendant acquitted of trying/threatening to kill his ex-mother in law with a machete.

R v Hardcastle & Others (Wood Green Crown Court) August – September 2021. Instructed as leading junior for the Crown in a 6-week trial that led to the conviction of three defendants for the burglary of ATMs at Alexandra Palace.

R v Gerald Farrelly (Snaresbrook Crown Court) July 2021. Instructed by the Crown in the successful prosecution of a defendant for S.18 GBH. Defendant severed the finger of an acquaintance in a ferocious knife attack. A 6-year custodial sentence was imposed.

R v ML (Chelmsford Crown Court). February 2021. Instructed for the defendant who was acquitted following a trial of serious allegations of knife-point robbery in the alleged victim’s home.

R v TS (Aylesbury CC) February 2021. Instructed by the defence. Defendant charged with kidnap and GBH of a rival. The prosecution described the assault as a ‘torture scene reminiscent of Reservoir Dogs.’ Defendant acquitted of all charges.

R v Asta Juskauskiene (Kingston Crown Court)December 2019 – January 2020. Instructed by the defence. A defendant convicted of murder. The prosecution case was that she arranged a ‘medieval duel’ between her ex-husband and lover leading to the murder of the latter.

R v Sillah Trawally (Snaresbrook Crown Court) – Instructed in the prosecution of a defendant who leapt from the top floor of the shopping centre, leaving a 22-year-old medical student he landed on paralysed.

R v Abdullahi Mahamoud (Isleworth Crown Court (transfer from CCC) April – May 2019) – Instructed as Leading Junior for the defence. Client charged with Conspiracy to Murder and related offences of Conspiracy to cause GBH. Complainant and his pregnant girlfriend were victims of a targeted shooting in Wood Green. Following a 5-week trial, the defendant was acquitted of all charges.

R v Kenneth Ife (Central Criminal Court, February – March 2019) – Instructed together with Christopher Sallon QC on behalf of Professor Kenneth Ife who was charged together with his wife and sons with the manslaughter and false imprisonment of his son. Following a 5-week trial, all defendants were unanimously acquitted of all charges.

R v Nathaniel Lewis (Central Criminal Court, January 2019) – Instructed together with Alan Kent QC on behalf of the defendant who was originally charged with the attempted murder of three police officers. The defendant and three others were subsequently convicted of possession of a firearm with intent to endanger life and conspiracy to cause grievous bodily harm.

R v Koluginas (Snaresbrook Crown Court, October 2018) – Instructed on behalf of defendant alleged to have repeatedly raped/sexually assaulted a vulnerable adult. Unanimous verdicts of not guilty secured on all five counts in just an hour of jury deliberations.

R v Omotoso (Harrow Crown Court, September 2018) – Instructed by the Crown in prosecution of defendant at his re-trial. Defendant convicted again of possession of firearm with intent to endanger life.

R v Ryan Pethers (Basildon Crown Court, October 2017) – Instructed as defence counsel for client alleged to have embarked on a ‘campaign of rape.’ Acquittals secured on all five counts of rape and two counts of assault. Not Guilty verdicts were secured after just 40 minutes of jury deliberation

R v Andre Kambaji (Wood Green Crown Court, August 2017) – Instructed as defence counsel for client charged with the rape of two elderly women aged 82 and 77 in a care home. Defendant unanimously acquitted by jury. Trial Judge remarked that, but for the able way in which the defendant was represented, a sentence in double figures would have been imposed.

R v Nawaz Mohamed (Central Criminal Court, January – February 2017) – Instructed for defendant charged with shooting an opponent. Unanimous Not Guilty verdicts returned on all counts of Attempted Murder, S.18 GBH and possession of a firearm with intent to endanger life.

R v Christopher Horne (Kingston Crown Court, January 2013) – Defence Counsel in attempted GBH on Police Officer. Allegation was that defendant attempted to gouge out the eye of the complainant.

R v Mandair – House of Lords, 1994 1 AC. Authority on grievous bodily harm and whether the House of Lords has power to hear appeals not advanced in the Court of Appeal.