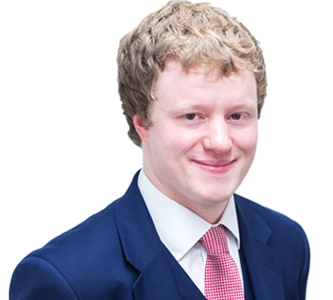 Before coming to the Bar, Edward worked for the Aboriginal Legal Service in New South Wales, and was involved in the defence of a number of high-profile cases, including R v Loveridge.  A large portion of his work related to engaging with clients, many of whom had mental health and substance abuse problems, and Edward has applied and enhanced these skills in his work at the Bar.

Edward has worked on the Yen LIBOR-rigging trial at Macfarlanes, as well as on serious and complex fraud prosecutions at the Serious Fraud Office.  In the course of this, he developed a detailed knowledge of the law relating to disclosure and the CPIA regime.  He also worked on complex fraud and serious sexual offence trials in 1st six.

Since starting at the bar, Edward has both prosecuted and defended with a great degree of success.  He has secured a number of acquittals, particularly in assault and public order cases.  He prosecutes both publicly and privately, and combines a good success rate with a reputation for fairness and depth of legal knowledge.

Outside of crime, Edward accepts instructions from both public and private clients in forfeiture and confiscation proceedings.