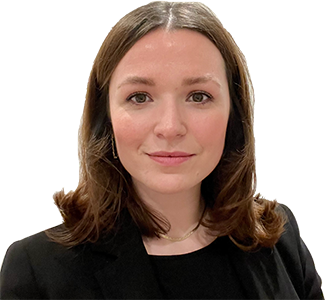 Gabriella has developed a busy practice prosecuting and defending in the Crown, Magistrates’ and Youth Courts.

Gabriella has conducted a broad range of criminal cases, many involving allegations of violence, drugs, dishonesty, and sexual offences. Gabriella has particular experience representing children and young people charged with serious crimes and has frequently appeared as appointed counsel for the defence in such matters. She has a strong grasp of the full range of issues that routinely arise in these cases including; DNA and fingerprint evidence, identification evidence, telephone download and cell site evidence, and evidence of bad character and hearsay.

Prior to commencing practice, Gabriella worked as a paralegal at a large criminal defence solicitors’ firm. Whilst there, she worked on Appeals to the Court of Appeal on the full range of criminal offences, often of the most serious kind. She also represented prisoners charged under the Prison Rules at Adjudication Hearings. In addition, she previously worked for the Financial Ombudsman Service as an investigator in their Fraud and Financial Crime Team.

Gabriella has also acted as a legal researcher to the online edition of Blackstone’s Criminal Practice, with particular contributions to the Road Traffic and Evidence sections.

R v NK (Woolwich Crown Court, 2022) – Representing NK, who was charged with possession of a bladed article. NK had been working as a chef and a small knife was found in the side pocket of his car. At trial he put forward a good reason for having the knife. He was unanimously acquitted.

R v AR (Bromley Youth Court, 2022) – Instructed to represent AR, aged 17, was charged with PWITS Class A and possession of criminal property. He raised a s45 defence. Following written representations and a modern slavery expert’s report from the Defence, the Crown discontinued proceedings against AR, preserving his good character.

R v JM (Aldersgate House Nightingale Court, 2022) – Represented JM, charged with 4 counts of assaulting an emergency worker. At trial, self-defence was raised. All of the offences were captured on the officers’ body worn video cameras and all 3 officers were witnesses for the Crown. He was acquitted by the jury.

R v SH (Highbury Corner Youth Court, 2021) – Represented S, aged 17, charged with multiple knife point robberies. Issues of duress and modern slavery were raised from the outset and the case was adjourned for reports to be carried out by a number of professionals. Ultimately S pleaded guilty to a total of seven offences and, despite the aggravating features in the case and his antecedent history, he was sentenced to a Youth Rehabilitation Order with Intensive Supervision.

R v M (Brighton Magistrates’ Court, 2021) – Instructed to represent a defendant charged with assaulting a shop security guard. After a not guilty plea was entered, with the issue of self-defence raised, the CPS sought an adjournment after the issue of unlawful search was raised. Thereafter, written representations were made to the CPS that the complainant had carried out an unlawful search on the defendant which persuaded the CPS to withdraw the charge.

R v C (Great Yarmouth Magistrates’ Court, 2021) – Represented the defendant charged with a Hare Coursing offence under section 30 of the Game Act 1831 in a multi-handed trial in which the prosecution relied upon fingerprint, photographic and both civilian and police witness evidence. A successful submission of no case to answer was made on the basis that the evidence was tenuous and inconsistent with the Crown’s case.