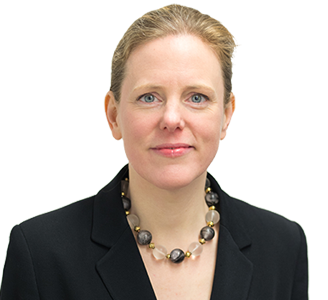 A specialist trial advocate, with particular expertise dealing with the vulnerable in the context of rape and other serious sexual offences and long-standing experience handling document-heavy cases such as fraud/organised crime.

Henrietta Paget enjoys a strong and very busy practice across the criminal field. Her work centres on the principal areas of Fraud, Organised Crime and Serious Sexual Offences. She has led for the prosecution in substantial Fraud work and is well used to appearing against Queens Counsel. An unflappable advocate, she is known for her calm and level-headed approach, her attention to detail and her sheer hard work. Henrietta’s skilful and tenacious cross-examination has been commended by judges and opponents alike.

‘An extremely experienced barrister who has the ear of both juries and judges, and displays impeccable judgement.’

‘Henrietta is extremely hard working and exceptionally bright. She masters the evidence in any case in which she is instructed with rigour. An outstanding advocate.’

‘Incredibly conscientious and has the respect and admiration of every judge she appears in front of.’

‘A good legal brain combined with a confident court manner’

R v A and others (Central Criminal Court, 2018) – Murder – five men were charged with lying in wait for the deceased outside a night-club and beating him to death.

R v M and others (Central Criminal Court, 2015) – Murder – three men tried for stabbing a man to death on an East London estate; the case involved extensive telephone evidence, relied on by the prosecution to show complicity.

R v B and others (Central Criminal Court, 2015) – Robbery with imitation firearm – robbery of commercial premises by a masked man believed to be armed with a sawn-off shotgun.

Recognised for her commitment and empathy in sensitive cases, Henrietta has many years’ wide-ranging experience of conducting trials on allegations of rape and other serious sexual offences, from work-place rape to sexual activity with children. Her work frequently involves allegations of historic and familial sexual abuse and other cases where the accused is said to have been in a position of trust. She has a keen academic interest in the law in this area including the complexities of indictments and applicable sentencing provisions, particularly in historic cases.

Henrietta specialises in cases involving vulnerable and child witnesses using special measures and has worked extensively with intermediaries. The same skills and understanding are brought to bear in defending vulnerable individuals who may, whether because of their age, learning difficulties or problems with their mental health, face very considerable challenges in going through the trial process and meeting a criminal charge.

R v G (2014) – Familial sexual abuse – an otherwise model father was charged with persuading his young daughter to allow him to abuse her sexually, pretending that the procedure was a ritual prescribed by a traditional healer to cure him of dementia.

Henrietta has many years’ experience dealing with sensitive third-party material over which a Local Authority or Healthcare Trust asserts immunity from disclosure in the public interest. Her particular expertise allows her to give real, practical advice in these difficult cases which straddle the criminal and child protection spheres. Henrietta has spent hundreds of hours analysing social services and medical material, and helping courts, prosecutors and third parties find fair and effective strategies to ensure proper disclosure under the CPIA, whilst safeguarding the trust and confidentiality which the medical and/or care professionals involved seek to protect.

R v S and R (Central Criminal Court, 2013) – Money Laundering – the first ever National Crime Agency prosecution: a one-off cash seizure led to the uncovering of an extensive money laundering operation. The case involved obtaining and calling rebuttal evidence from India mid-trial, with concomitant, diplomatic disclosure complexities. Convictions were secured, and confiscation agreed after careful work on both sides, without a contested hearing.

Henrietta has more than fifteen years’ experience appearing in fraud trials. She is proficient in the meticulous analysis, careful advice and clear and skilful advocacy required in fraud and other complex casework. She is used to dealing with restraint and confiscation proceedings following trial, and known for her focused and effective approach in resolving these in a swift and fair way.

Operation B (Woolwich Crown Court, 2016) – Leading junior – Henrietta led a successful prosecution against three defendants charged with VAT fraud. The case took three years to bring to trial; the trial lasted eight weeks and involved mastering over 10,000 pages of evidence, complex forensic accounting evidence and many days of meticulous cross-examination for the defence expert and defendants.

R v M and M (Central Criminal Court, 2013, junior alone for the Central Fraud Group) – Fraud and Money Laundering prosecution in relation to £2m diverted electronically from a Swiss bank account. The case involved the presentation of complex laundering mechanisms, and advisory work on disclosure in relation to parallel civil and criminal proceedings in Switzerland. The lead defendant having absconded, an application to proceed in his absence was successful, convictions were obtained against both defendants and a restitution order was sought and granted quickly to restore the funds to the victim.

Henrietta is a key member of Chambers’ specialist team of advocates instructed in local authority work, conducting criminal and quasi-criminal work both in the Crown and Magistrates’ courts.

She has a particular academic interest and expertise in relation to Food Hygiene and the applicable EC law, along with extensive experience of advice work, criminal trials (before the Magistrates or Judge and Jury) and contested civil matters in the areas of food safety, trading standards, environmental protection, education, unlicensed video works and sex shops, planning (breaches), licensing (breaches and appeals), benefit fraud, telecommunications offences, postal service crime and associated fraud work.

R v S (2017) (restricted) – Successful response to appeal based on a number of points relating to the materiality of age as an averment in the indictment.