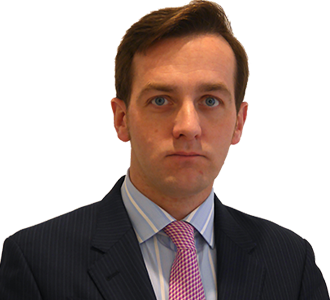 Henry is a criminal law and regulatory specialist, whose busy practice typically includes cases of conspiracy to commit bank robbery, attempted murder, the importation of cocaine, multinational credit card fraud, cheating the revenue, firearms offences and human trafficking. He is known for his exact advice and skilful advocacy.

His practice in regulatory crime involves a specialism in food safety and hygiene regulation, planning enforcement, housing and environmental offences, and in trading standards prosecutions. He has a wealth of experience in cases involving toxic waste, enforcement notices, counterfeiting and hallmarking, and unlawful advertising.

Henry’s Court of Appeal and other appellate work spans both areas of practice and has included cases of aggravated burglary, confidence fraud, rape, robbery and drugs supply, as well as abatement notice breaches, licensing appeals, and appeals against local authority costs awards. He has appeared on multiple occasions before the Eastern Caribbean Court of Appeal.

Henry regularly handles the whole raft of civil applications made by the police and is highly experienced in matters of police misconduct, having been appointed to sit on misconduct panels for nine police forces across the country. He is also familiar with the regulatory frameworks of other professional regulators.

R v JM – Henry prosecuted a defendant who was charged with indecently assaulting a 10-year-old girl. The defendant was found Guilty after trial.

D’VH v R – This appellant appealed against his sentence of 18 years’ imprisonment following guilty pleas to two offences of rape, committed on two women in their seventies in their own homes late at night. Henry appeared for the Crown and successfully resisted the appeal.

R v JA – Henry successfully prosecuted this defendant charged with the multiple rape of an 86-year-old lady. The Defendant was convicted on all counts and was sentenced to 22 years’ imprisonment.

FP v R – Henry successfully resisted the appeal against conviction by a GP convicted of indecently assaulting a teenage patient. The appeal was dismissed on all grounds.

R v JV & BV (‘Operation Britwell’) – Henry prosecuted a father and son charged with possessing over 22kgs of ketamine and mephedrone with intent to supply, valued at almost £500,000. Henry secured unanimous guilty verdicts on all counts.

R v Jomana Rahal [2017] EWCA Crim 1779 – Henry appeared for the Respondent local authority in this case in which the Court of Appeal reiterated the principles to be applied by the courts when considering applications for prosecution costs, especially in cases involving multiple defendants and two counsel for the prosecution.

R v LY & Ors – Henry defended in this lengthy case of conspiracy to commit violent disorder involving an incident of large-scale gang violence, the brandishing of metal bars and golf clubs, and which culminated in a stabbing.

LBN v MOI – Henry prosecuted a defendant charged with social housing fraud. The evidence included false birth and death certificates and a false affidavit, all submitted to the local authority to bolster a claim for social housing. Henry receives regular instructions in cases of social housing fraud and unlawful subletting.

R v EM – Henry represented at trial an Albanian man charged with importing cocaine worth over £250,000 into the UK.

LBN v DM & LPSL – Henry prosecuted a landlord and lettings agent who were charged with over 100 offences under the Housing Act 2004.

L.B.Newham v Denvil White [2015] Divisional Court – Henry successfully appealed by way of case stated against the magistrates’ acquittal of a defendant charged with breaching a noise abatement notice. Beatson LJ affirmed the test to be applied in determining whether a statutory nuisance existed in breach of an abatement notice.

R v Dean (Simon) [2014] EWCA Crim 609 – Henry appeared in the well-publicised case of the ‘Help for Heroes’ fraudster. The Court of Appeal considered the sentence passed and made remarks on the sentencing of those who pose as charity workers to commit burglary and fraud.

R v JF and Another – Henry acted for the alleged ringleader of a criminal gang conspiring to defraud online retailers through the extensive use of fraudulent credit card details obtained from Canada, following an international police investigation.

R v AT – Henry defended at trial a taxi driver charged with dangerous driving in an alleged road rage attack. The client was unanimously acquitted by the jury at the Old Bailey. Henry was described as “fantastic” in an article in the trade publication ‘Taxi’ magazine.

R v RMS – Henry’s client was acquitted by the jury of multiple counts of sexual assault, allegedly committed by a private tutor against a young student.

R v MT – Henry’s client, who was charged with the rare offence of causing bodily injury through “wanton or furious driving”, was acquitted after a trial which involved live expert evidence concerning the mechanics of injury and associated collision damage. Henry has appeared in many cases involving collision damage experts, including a number when acting on behalf of British Telecom, such that he is adept as handling expert evidence in this area.

R v PWC and Another (‘Operation Regent’) – Henry appeared as junior alone in a lengthy trial arising from Operation Regent, concerning the conspiracy to commit robbery of cash-in-transit deliveries across South East England.