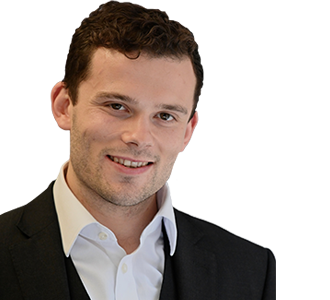 James joined chambers in October 2019 following successful completion of his pupillage. He prosecutes and defends predominately in the Crown Court as junior alone and led junior, and also undertakes cases in the magistrates’ court, youth court and first-tier tax tribunal. He has appeared in the Court of Appeal. He is developing a strong practice in all of Chambers’ main areas of work with a particular emphasis on defence work.

James prosecutes for the CPS, Probation and local authorities at all stages of criminal proceedings. James is instructed by the Home Office and the Director of Border Revenue in cash forfeiture and condemnation hearings. James defends in all types of cases including allegations of violence, dishonesty, harassment, public order, drug offences and driving offences. He has experience of representing young and vulnerable defendants, and has an excellent grasp of ongoing issues within the youth justice system including “county lines” drug supply and defences under the Modern Slavery Act 2015. He has completed vulnerable witness training organised by the Inns of Court College of Advocacy (ICCA).

His current defence instructions in the Crown Court include allegations of s.18/20 GBH, robbery, witness intimidation, drug conspiracy, fraud and possession of weapons.

Prior to joining Foundry, James worked as a criminal defence paralegal at leading firm Hickman and Rose. He assisted partners and associates in a range of cases particularly focussing on allegations of sexual offending (both current and historical) and financial malpractice. James gained invaluable experience and knowledge of the whole criminal justice process from police investigation through to appeal and other post-conviction/acquittal matters.

Whilst undertaking his legal studies James represented excluded children and their parents in school exclusion proceedings as a Communities Empowerment Network advocate. He also taught debating to prisoners through the Vocalise project. James is the Secretary of the Kalisher Trust, a charity striving for greater diversity at the criminal Bar by developing advocacy skills of young people and providing internship opportunities for those seeking pupillage.

Notable cases to date include:

R v KQ (Staines Magistrates’ Court/Guildford Crown Court, 2019) – Instructed to represent defendant at first instance who was accused of various driving offences and fail to provide a specimen of blood. After securing acquittals in relation to the driving offences in the magistrates’ court, instructed to represent the Defendant on appeal to the Crown Court. Prosecution offered no evidence to the fail to provide charge on the day of the hearing following consideration of expert evidence on the defendant’s needle phobia.

R v AR (Harrow Crown Court, 2020) – Instructed to represent defendant on appeal to the Crown Court having being convicted of assault by beating at first instance. The whole incident was captured on CCTV and took place in a wider context of public disorder. Appeal allowed on the basis of self-defence.

R v Scott Rowlett [2020] EWCA 1758 – Court of Appeal (Criminal Division) – Led by John McGuinness QC. Appeal concerning legality of a Sexual Harm Prevention Order (SHPO). Appealed over two years out of time whilst staying proceedings for breach of the order in the Crown Court. SHPO quashed on appeal and replaced with order that could have been correctly made.

R v MM (Southwark Crown Court, 2021) – MM was initially charged with 45 offences under the Air Navigation Order 2016. MM was accused of flying a drone at various sensitive locations in Westminster and Lambeth over a sustained period.

With the assistance of instructing solicitors, James and Daisy Kell-Jones managed to persuade the Crown to discontinue all but 7 of the charges across several hearings. The Crown accepted guilty pleas to 4 charges. At Westminster Magistrates’ Court MM was fined £4200 for the 4 offences in total. James appealed this sentence at Southwark Crown Court. The Court allowed the appeal, reducing the total fine to £550. The statutory surcharge was also reduced from £470 to £55.

R v LA (Ealing Magistrates’ Court, 2019) – Instructed to represent a defendant accused of a public order offence in a bookmakers. Successful submission of no case to answer following legal submissions.

R v A (Reading Youth Court, 2019) – Instructed to represent a youth of good character charged with the possession of an offensive weapon. Successful submission of no case to answer following cross examination of a 14-year-old witness.

R v SR (St Albans Crown Court, 2021) – Following a stay in proceedings for appeal proceedings to take place (see Rowlett above), represented the defendant in proceedings for multiple breaches of a SHPO. 4 counts of an 8-count indictment were not proceeded with following submission of an application to dismiss. 6 months imprisonment concurrent on each of the breaches despite the offending taking place over nearly 18 months.

R v AQ (Wood Green Crown Court, 2021) – Instructed to prosecute defendant accused of assault occasioning ABH. Conviction secured following a 4-day trial and cross examination of a facial mapping expert called by the defence. Praised by resident judge who presided over the trial for presentation of the case and cross examination of defence witnesses.

R v DA (Harrow Crown Court, 2021) – Instructed to prosecute defendant accused of PWITS class A x 2, dangerous driving and assault by beating of an emergency worker. 8-day trial involved treating the main prosecution witness as hostile. Defendant convicted of dangerous driving, acquitted of the assault with a hung jury on the drugs offences.

R v ID and others (Wood Green Crown Court, 2021-2022) – Led by Henrietta Paget, prosecuting four defendants accused of various offences under the Modern Slavery Act, together with connected benefit / bogus compensation claim frauds. All defendants convicted of each count they were charged with on indictment following a 7-week trial. Disposal proceedings ongoing.

R v MT (Newport (Isle of Wight) Crown Court, 2021) – Instructed to represent a young defendant of good character accused of assaulting a paramedic by beating whilst drunk. Paramedic and three officers called for the Crown as witnesses of fact, and BWV covering the incident relied upon. Defendant raised factual denial as a defence. Unanimously acquitted after a 3-day trial and 90 minutes of jury deliberations.

R v AI (Luton Magistrates’ Court, 2020) – Instructed to prosecute defendant who was accused of assaulting four immigration detention officers. Vulnerable defendant assisted by an intermediary during a 3-day trial. Case involved issues surrounding use of force by detention officers, psychiatric evidence of dissociation and PTSD, and the defendant’s mistake of fact.

R v MR (Inner London Crown Court, 2021) – Instructed to represent defendant in an actus reus trial following the defendant being found unfit to plead. Secured acquittals on 3 of the 7 offences charged. Following representations, the judge agreed that no criminal behaviour order could be made as had been applied for by the Crown. The defendant was given an absolute discharge (including for an obstructing the railway charge which caused over £800,000 worth of damage to National Rail).

R v PP and others (Southampton CC, 2018-2019) – Assisted pupil supervisor Neil Griffin who represented a defendant in a 2-month multi-handed cheating the revenue trial, dealing specifically with large volumes of unused material disclosed before and during the trial. Defendant acquitted after trial (all co-defendants convicted).

R v KB (Wood Green Crown Court, 2020) – Instructed to represent defendant accused of possession of a bladed article. Targeted and persistent disclosure requests led to the prosecution offering no evidence despite the defendant being found with the article on his person.

Operation B (4-month secondment, 2020-2021) – Instructed as disclosure counsel by the Financial Conduct Authority in a case involving an alleged multimillion accounting fraud in a large PLC.

R v MW (Lincoln Crown Court, 2019) – Instructed to represent a serving prisoner who was accused of a dwelling burglary against disabled victim prior to his detention. Guilty plea on day of trial. Following mitigation, the defendant was given a 6-month sentence to run concurrently to his existing sentence meaning his release date was extended by 1 month.

R v SB (Ealing Magistrates’ Court, 2020) – Instructed to represent defendant who had pleaded guilty to drink driving. Fine imposed despite the defendant being almost three times over the legal limit and being involved in a collision.

R v AC (Snaresbrook Crown Court, 2020) – Instructed to represent a young defendant who had pleaded guilty to possession of a “zombie” knife, possession of an imitation firearm and possession of cannabis. The defendant had multiple convictions for weapons offences and was in breach of a conditional discharge for a knife offence imposed a few months earlier. 8 months imprisonment imposed in total, with the breach of the conditional discharge marked with a 1-day sentence of imprisonment.