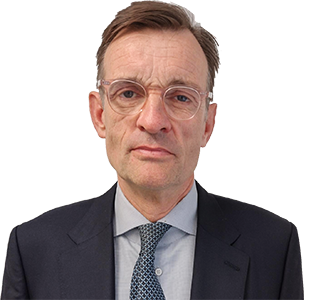 Mark Trafford is an experienced criminal and common law advocate. He has appeared in all courts throughout the England and Wales from the Magistrates Court, the Coroners’ Court, County and Criminal Courts to the Supreme Court. Mark is particularly experienced in criminal and civil fraud as well as murder and other serious criminal cases. He has acted for high street as well as national and international firms. He has acted for the Central Fraud Group and SOCA. Mark has also been in demand in employment law, where he has appeared in ETs, the EAT and Court of Appeal; contract law and civil litigation matters. Mark has been invited to speak at a number of conference and seminars on topics from bribery at American Bar Association/Employment Lawyers Association annual conference in London to the effect of Montgomery to the British Heart Valve Society at St Barts in London.

Mark is currently researching a book on the History of the Jury Trial in the UK having been a central participant during the Covid Lockdown of JUSTICE’s research trials into virtual justice.

Mark has practised in London, the Western Circuit and the South Eastern Circuit for much of his career. He has appeared for both prosecution and defence in the whole range of cases from offences of dishonesty and minor violence through to major drug importations; serious sexual offences, both historic and recent and murder and manslaughter. In the last few years Mark has appeared in a broad range of criminal litigation. In 2019 Mark successfully completed a defence of a seven month long Private Prosecution (the longest in the English Courts) which attracted press coverage in a number of publications and led to submissions to the Parliamentary Select Committee considering private prosecutions in 2020.

Police v McCool – Successful challenge to the vires and law in relation to the Air Navigation Order and
the flying of drones.

On the Application of Lumsdon v LSB and others – QBD/CA to UKSC.

R v John Brooks – A leading Court of Appeal case dealing with the treatment of property within the confiscation regime of the Proceeds of Crime Act.

Operation Savette (2012 – 2016) – Leading Counsel for defence in an 8 handed fraud and money laundering.

R v McCann & Others (2011 – 2013) – Represented a businessman in an international conspiracy to defraud and money-laundering trial arising out of a billion-dollar sale of an African telecommunications company. Principal Defendant was Badresh Gohil.

Mark has maintained a practice in the civil field. As well as personal injury and medical negligence work, Mark developed a successful practice as a Junior in employment law. He has represented large and small businesses as well as individuals in ETs; courts and appellate courts. In this field he has been involved in cases of breach of contract; wrongful and unfair dismissal; restrictive covenants and all areas of discrimination. He has represented companies including HSBC; McDonalds; Schering Plough; Honeywell Bull; Pimm’s, Nike, Wincanton and Thomas Cook as well as individuals.