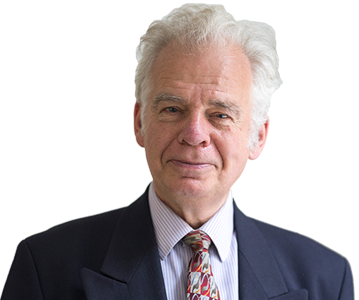 During a career of over 40 years Michael specialised in serious crime for both prosecution and defence; extradition; serious fraud; criminal appeals and judicial review.  Since 2015 he has focused exclusively on appellate and advisory work.

Michael commenced his work on miscarriage of justice cases over 30 years ago in collaboration with the late Tom Sargent OBE, the legendary founder of the organisation, Justice, and with a number of city solicitors who instructed him in death row appeals to the Privy Council. He continued with this work once the Criminal Cases Review Commission (CCRC) was established in 1997. Michael is often consulted on cases where trial counsel has advised that there were no arguable grounds and has persuaded the Court of Appeal to quash convictions in a number of such cases. Over the years he has done a substantial amount of pro bono work both in English and International cases.

Michael has conducted trial observations in Nigeria (Ken Saro-Wiwa and others 1995), Sierra Leone (treason trials 1998) and Sri Lanka (inquest into the massacre of 17 aid workers in 2006 – 2007). He was for many years, a member of the Executive Committee of the Bar Human Rights Committee and a Trustee of the Redress Trust. He has written pro bono numerous opinions and amicus briefs in relation to cases in Malaysia, USA, India, Sierra Leone, Nigeria and Hong Kong and in (2016) a damning critique of the controversial findings by a medical tribunal against the noted neuropathologist, Dr Waney Squier. For 20 years he has campaigned to persuade the CCRC to refer to the Court of Appeal the conviction for murder of a mentally challenged youth, Oliver Campbell. In April 2021 he collaborated with BBC Newsnight in producing a powerful piece on Oliver’s case
https://www.bbc.co.uk/programmes/p099z94b.

Clarke and others v The State [2021] UKPC 21 (Privy Council) – Scope of cross examination as to credit in multi handed murder trial.

Ackerley v Her Majesty’s Attorney General for the Isle of Man [2013] UKP 26 (Privy Council) – Appeal by autistic youth based on fresh evidence.

R (on the application of Mohamed) v Secretary of State for Foreign and Commonwealth Affairs [2008] All ER (D) 123 (Aug) – Amicus Curiae.

Alibhai and others [2004] All ER (D) 573 (Mar) – Appeal on numerous grounds in massive counterfeiting case “The Microsoft Case”.

Williams and others v R [1997] 2 WLR 910 (Privy Council)– Classification under Jamaican law of murders as capital or non-capital.

“A Tissue of error, illogicality and apparent bias.” A forensic analysis of the determination of facts of the Medical Practitioner’s Tribunal in the case of Dr Waney Squier (2016 http://www.insidejusticeuk.com/pdf/a-tissue-of-error-illogicality-and-apparent-bias.pdf)

Nigeria. “Fundamental Rights Denied”. Report of the trial of Ken Saro-Wiwa and others.

“A Travesty of Law and Justice”. An analysis of the judgment in the case of Ken Saro-Wiwa and others.

“Cheating the Revenue. What the Tax Advisor needs to know about the case of Charlton.”

“Some Observations on Trial Observation” (Address to 2000 International Bar Association Conference in Amsterdam).

“Breaking the Codes Legal Human Rights and Practical Problems under Part 111 of RIPA.”

Submissions on behalf of the English Bar on proposed amendments to the Hong Kong Crimes Ordinance relating to treason, secession, subversion sedition and official secrets.