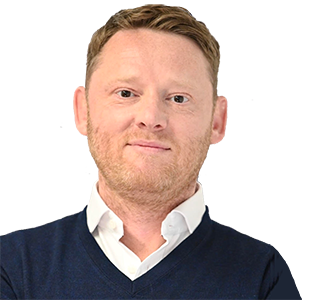 A superb advocate with extensive experience who instils confidence in clients.

Neil Griffin is a specialist criminal advocate, with experience in prosecuting and defending a wide range of serious criminal offences, including  murder and attempted murder, offences of serious violence, kidnapping and blackmail, firearms offences, sexual offences and drugs offences. He also has experience in high value fraud trials. He has appeared alone and as a leading junior in trials involving some of the most serious criminal offences.

He is also available to be instructed to appear as an advocate for both lay and professional clients in professional disciplinary and regulatory tribunal hearings.

Neil has regularly been instructed privately to represent clients appearing in the Magistrates’ Court accused of  road traffic offences, minor offences of violence, including domestic violence and breaches of protective orders. Past clients have included sports personalities and high-wealth and some well-known individuals. He has also appeared in the Crown Court to represent clients accused of being drunk on an aircraft or endangering an aircraft.

He has defended companies and private individuals accused of breaches of Health & Safety and Fire Regulations, and also in private prosecutions brought against them.

He has also been instructed by local authorities, Royal Mail and OfCom.

Neil has been described by professional colleagues in the following terms:

“A superb court advocate, with a formidable court presence. An accomplished, natural and effortless ability to skilfully cross examine, exposing weaknesses and inconsistencies in the evidence.  Juries and clients adore him in equal measures. His ability to put clients at ease is second to none, resulting in consistent positive feedback from clients.”

“I have instructed Neil Griffin on many serious and complex cases. He is able to build a rapport with all clients and make them feel at ease. He has great flair in the courtroom and before a jury, making him an excellent advocate.”

“Neil Griffin’s preparation ahead of trial, means that at trial he is able to break down witnesses and cause them to falter, substantially damaging his opponent’s case and strengthening his own. Whether Neil is mitigating, giving a closing speech or making legal submissions, he is able to convey his thoughts fluently. He instils confidence in clients; it is clear he is respected by the judiciary and more senior peers.”

“Everything you would expect from a barrister; meticulous, adaptable and charming. Exceptional cross-examiner and known for the persuasive powers of his submissions and final speeches.”

Below is an illustration of some of the cases in which Neil has appeared. They reflect his diversity and ability to both prosecute and defend in the most serious criminal trials.

R v. JW – Reading Crown Court, 2017. Represented a serving British Army soldier prosecuted for the attempted murder of a fellow soldier who had become the partner of the defendant’s wife after the defendant had been compelled to leave the family home and move into barracks.

R v. RP – Isleworth Crown Court, 2016/17. Privately instructed to defend a man accused of sexual assault of a relative by marriage. Client acquitted in re-trial after the first jury could not agree on a verdict. Effective cross-examination of prosecution witnesses whose evidence differed from their evidence at the first trial.

R v. GS – Reading Crown Court, 2016. Represented defendant in his 80’s who admitted historic sexual offences against underage boys in the early 1970’s. Issues included recognition of complainants from over 40 years before offences and serious ill health of an elderly defendant.

R v. Kapoor & others [2012] EWCA Crim 435. Appealed successfully against convictions in the Court of Appeal. For the purposes of s.25(2) of the Immigration Act 1971, an immigration law is a law which determined whether a person was lawfully or unlawfully either entering the UK, or in transit or being in the UK. If a person with the necessary knowledge or reasonable cause to believe then facilitated the unlawful entry or unlawful presence in the UK of a person who was not a citizen of the European Union, he committed the offence. If the Crown’s submissions were correct, then s.25 would include within the definition of “immigration law” a vast amount of rules laid down in primary and delegated legislation, breach of which could result in a maximum term of fourteen years’ imprisonment. The court substituted convictions for conspiracy to commit the offence under s.2 of the Asylum and Immigration (Treatment of Claimants, etc.) Act 2004 and reduced the sentences accordingly.

R v. Mahil & others – Central Criminal Court, 2011. Led junior in murder trial involving religious issues, honey-trap element and a love triangle. Client acquitted of murder, convicted of GBH, despite the death of the victim. Other defendants convicted of the killing.

R v. Whyte & Parchment [2009] EWCA Crim 1309. Court of Appeal, 2009. Led junior representing a man whose conviction for murder was quashed and a re-trial ordered. The case centred on the use by the Crown of the first Operation Trident super-grass who had entered into an agreement with the Crown to give evidence against his former fellow gang members, pursuant to the Serious Organised Crime and Police Act 2005. The new evidence from the super-grass enabled the appellant to argue that his original conviction was unsafe. Arguments also involved what could amount to “new and compelling evidence” (s. 78 Criminal Justice Act 2003) which would be sufficient to persuade the Court of Appeal to quash an acquittal, as was also sought unsuccessfully by the Crown in relation to others.

R v. F & B [2008] EWCA Crim 1868. Acted for one of the respondents in the Court of Appeal in an appeal brought by HMRC, concerning money laundering and transferring of criminal property, offences under the Proceeds of Crime Act 2002. The case restated the principle in R v. Anwoir [2008] EWCA Crim 1354, that the Crown is not restrained to having to allege the type of criminal conduct involved, rather that the jury is entitled to look at the circumstances in which money or other property has arisen or been handled, which may in turn lead to an inference of criminal conduct.