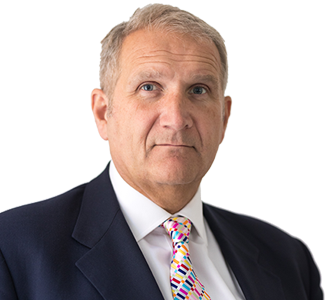 ‘He handles a wide range of serious criminal offences, particularly drugs-related cases, and is noted for his excellent client manner.’

William Hughes is a criminal law specialist with a mixed Prosecution and Defence practice.

In Silk, William is consistently instructed to Prosecute and Defend in cases of complexity and notoriety, including Homicide, Organised Crime, Serious Sexual Offences and Historic Child Abuse Investigations, and Serious Fraud.

William appears regularly in Appellate Courts, including historic matters referred by the CCRC for both Appellants and the Respondents.

In addition to the above, as a Junior, William was regularly instructed in respect of Regulatory and Disciplinary Tribunals, Coroner’s Inquests and by Local Government Departments.

William is recommended as a leading individual of the newly published edition of the Legal 500 UK (2021), describing him as

‘a gentleman of great talents, and never fails to impress his instructing solicitor or client. He slowly, but calmly chips away at the case with impressive results. He is a very safe pair of hands and has a wealth of experience. Since taking Silk his advocacy has continued to galvanise all parties involved in a case. He defends and prosecutes with equal prowess and is a pleasure to work with.’

And in previous editions

‘He handles a wide range of serious criminal offences, particularly drugs-related cases, and is noted for his excellent client manner.

‘He gets superb results’.

‘He handles a wide range of serious criminal offences, particularly drugs-related cases, and is noted for his excellent client manner’.

‘He gets superb results’.

Since taking Silk, William has primarily represented Defendants charged with Homicide and Serious Violent Crime, Historic Sexual Offences and other grave crime, particularly those cases with vulnerable defendants and witnesses.

William has continued to be instructed in Serious Fraud in which he specialised as a Junior, including VAT and Revenue fraud, fraudulent trading, money laundering and related confiscation proceedings.

In Silk, William has continued to be instructed in the Prosecution of Multi-defendant Organised Crime Gangs (OCG) by the Organised Crime Division, Central Fraud Group and Serious Fraud Division.

William is consistently instructed by CPS “Countrywide” to prosecute those cases of a sensitive and complex nature, including Homicide and Historic Abuse of Children (Operation Pallial).

He is regularly instructed to represent the Crown in CCRC referred appeals, particularly those of a sensitive and complex nature.

As a Junior William was appointed to the A list of the Attorney General’s list of Prosecution Counsel. William has vast experience of Serious and Complex Fraud, including several Carousel VAT prosecutions, Income Tax and Duty Evasions.

Wide experience of PII and Disclosure in complex investigations, both as Silk and as a Junior (often as Disclosure Counsel).

As a Junior was regularly instructed on behalf of Westminster City Council, the City of London Corporation and other London local authorities to advise and represent their interests.

William secured Mr Philips’ acquittal of murder after a 4 week trial at Cardiff Crown Court. Mr Phillips was convicted of the lesser offence of manslaughter.

R v Liam Turner (Reading Crown Court, January 2019) – Murder. The sole issue being whether at the time of the killing Mr Turner’s mental impairment was such as to afford him the partial defence to murder of Diminished Responsibility due to abnormality of his mental functioning. Eight Psychiatrists who gave conflicting medical opinions as to Mr Turner’s mental health at the time of the killing.

Op Surging – Prosecution of an Organised Criminal Gang in relation to a 25 million pound money laundering enterprise. It is alleged that “shell” companies were formed by their Directors and the proceeds of crime laundered through their bank accounts by gang members. The resultant trials are being prosecuted throughout 2021 into 2022 at Southwark Crown Court.

Op Carlton (R v Andrew Jones) (Swansea Crown Court, September – October 2020) – Murder Prosecution in which it is alleged Defendant murdered his wife’s lover by luring him to a secluded farm on the outskirts of Carmarthen, West Wales and then shooting him in an ambush with a powerful rifle and then disposing of his body by burning. Considerable National and Local publicity. The defendant convicted, awaiting sentence.

R v Morgan – (Newport Crown Court, November – December 2016) (Silk leading, Michael Hammett of 9 Park Place) – Prosecution of the Millionaire “Escort-Murderer”, described by the national press as “one of the most notorious murders of 2016”. Defendant unsuccessfully relied upon the partial murder defences of Diminished Responsibility and Loss of Control.

Peter David Morgan [2018] EWCA Crim 594; [2019] 4 WLR 34 – The Court of Appeal confirmed, in the Defendant’s unsuccessful appeal against the sentence, that “Other weapon” in Criminal Justice Act 2003, Schedule 21 para 5A (2), included the self-made ligature used by Morgan to kill Georgina Symonds.

R v Jones (Chichester Crown Court, 2012) – Prosecution of a predatory paedophile. Historic sexual abuse of a pair of adolescent brothers (one with learning difficulties) over decades.

R v Baybasin (Woolwich Crown Court, October 2010) (First Junior in Silk led a team of 3 – Prosecution of the “Godfather” of the Turkish “Mafia”, responsible for importing 90% of all Heroin into the UK. (International media coverage).

Magson v R, CCA (November 2019) – Emma Magson was convicted of the murder of her partner at Leicester Crown Court in November 2016 and sentenced to life imprisonment with a minimum term of 17 years. On 10th December 2019, the Court of Appeal heard Miss Magson’s Appeal against conviction on the basis that new evidence supporting the partial defence to murder of Diminished Responsibility, which was not relied upon at her original trial, meant that her conviction was unsafe. The Appellant seeks to rely on a diagnosis of Emotionally Unstable Personality Disorder and Pervasive Development Disorder.

The case has attracted a great deal of publicity, in part due to the support for the Appellant by the campaign group Women For Justice. The Court has reserved judgment.

Turner v R, CCA (9th July 2019 – On 9th July 2019, before Davis LJ, Warby J and HHJ Patton, successful appeal of Liam Turner’s sentence of Life Imprisonment with a minimum term of 16 years was manifestly excessive. In allowing the appeal, the minimum term was reduced to 15 years.

In February 2019, Liam Turner was convicted of murder following a trial at Reading Crown Court. The sole issue was whether at the time of the killing Mr Turner’s mental impairment was such as to afford him the partial defence to murder of Diminished Responsibility due to abnormality of his mental functioning. During the trial, the Court heard from a total of eight Psychiatrists who gave conflicting medical opinions as to Mr Turner’s mental health at the time of the killing.

When passing sentence for murder, the trial Judge gave a reduction in sentence for the early indication that the killing was not disputed of about 7% (1 year). In Grounds of Appeal, it was submitted on behalf of Mr Turner that insufficient credit had been afforded by the sentencing Judge for the early indication. The Court of Appeal agreed, the judgment handed down by Davis LJ indicating that the Sentencing Council Guideline of 1st June 2017 at paragraph F1 should be followed, namely that where an early indication is given that the fact of the killing is not disputed, then maximum credit should be afforded on sentence (depending on the facts of the case), per Sir Brian Leveson P in Markham & Edwards [2017] EWCA Crim 739.

Gareth William Jones v R [2018] EWCA Crim 2816 – CCRC referred historic conviction of former care worker convicted of sexual activity with a person with mental disability. William, who did not appear in the original trial, was instructed for the Respondent. The court permitted fresh psychological and psychiatric evidence to be called including that relating to the Appellants learning difficulties and its impact on the original trial process and . The Appeal was allowed the appeal given the highly unusual circumstances of the case.

Peter David Morgan [2018] EWCA Crim 594; [2019] 4 WLR 34 – The Court of Appeal confirmed, in the Defendant’s unsuccessful appeal against sentence, that “Other weapon” in Criminal Justice Act 2003, Schedule 21 para 5A (2), included the self-made ligature used by Morgan to kill Georgina Symonds.

R v Squelch [2017] EWCA Crim 204 – An appeal against murder conviction dismissed. Among the issues raised on appeal were whether the appellant’s mental state was substantially impaired at the time of the killing, so effecting his ability to form a rational judgment.

Re Michael Melchert (Chelsea Coroner’s Court, 2012) – Acted for landlords of “ramshackle” premises in which the deceased was killed in fatal fire.

Re Frank Ogburu (Southwark Coroner’s Court, 2010) – Acted on behalf of 4 police officers in a “death in custody”. An African man, restrained post arrest, died at the hands of four police officers in a culturally diverse area of London. Complex medical and factual issues. (National press coverage)

On 21st March 2020, William appeared in the Sky Crime broadcast, Killer Lovers, “Murderous Millionaire” (series 1 episode 4- Available to Sky subscribers here). William appeared in the programme giving first-hand insight into the case, having prosecuted to conviction the murderer Peter Morgan at Newport Crown Court in December 2016. This was a fascinating but ultimately tragic case in which former burlesque dancer turned escort, 25-year-old Georgina Symonds, was ruthlessly killed by her jealous former lover, the millionaire Peter Morgan.

This is the second programme on the murder of Georgina Symonds that William has appeared in, the other being “10 Steps to Murder”, broadcast on Quest Red in November 2019.

In April 2019 William was interviewed live by the US TV Station HLN (formerly CNN2) about the Peter Morgan “10 Steps to Murder” programme.