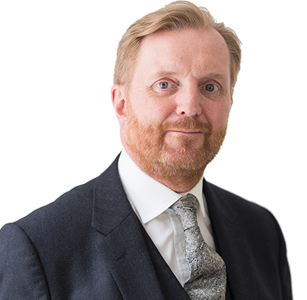 Expertise in criminal cases, particularly in respect
of allegations of serious sexual offences.

Alisdair Smith is a highly experienced advocate in all areas of crime especially serious sexual offences (including multi-complainant cases), murder and serious violence, serious drug offences, money laundering, proceeds of crime and fraud including as leading junior counsel and in multi-defendant cases. He has been involved in many cases involving vulnerable adults and children both prosecuting and defending. He has extensive experience relating to obtaining and considering third party disclosure and issues relating to public interest immunity both in sexual offences and other serious crime.

Alisdair’s work has included defending in large scale drug dealing/importation and fraud both as leading junior and junior counsel. He has appeared regularly for the prosecution against leading counsel.

Alisdair has conducted fraud cases both for the prosecution and defence.

Alisdair has represented the Prosecution and Defence in significant confiscation cases, including for outside authorities including the Department for Business Innovation and Skills and local authorities. He is experienced in dealing with confiscation proceedings out of regulatory prosecutions.

R v G (x 3) (May 2017) – False imprisonment within the family over issue of forced marriage. Complainant “hostile” to prosecution.

R v MD (February 2017) – Historic sexual abuse of sister by, then, teenage boy – issue of whether the prosecution should be stayed in the light of MD’s caution at the time of the offences.

R v DT (November 2016) – Allegations of sexual assaults on a teenage boy. Issues over the admissibility of previous acquittal.

R v ZD – Threats by young man to psychiatrists that he was going to carry out a massacre of school children. Significant history of planning and issues as to whether the psychiatrists “consented” to the threats being made.

R v AW (January 2013) – Allegation of racially aggravated assault on a nurse by mother of very elderly parent suffering from dementia against leading counsel for the defendant.

R v EW & DW (July 2012) – Historic family child sexual abuse involving issues of abuse of process relating to the age of the Defendants at the time of the offence and whether or not they could rely on “doli incapax”.

R v PB (November 2011) – Defendant accused of blinding domestic partner and then on subsequent occasions raping her in a relationship with long history of domestic violence. Extremely vulnerable complainant.

R v SP (March 2011) – Multiple allegations of arson – Prosecution counsel. “Abuse of Process” issues relating to Judge stopping earlier trial because of allegations of incompetence by earlier counsel. Defended by Leading Counsel at trial and in Court of Appeal.