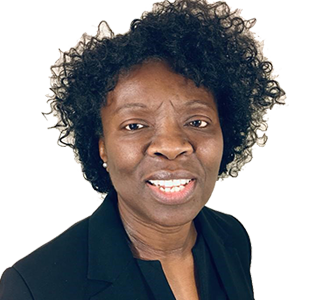 ‘She always prepares her cases in the most careful detail. She is extremely knowledgeable and this combined with the thoroughness of her preparation and excellent advocacy skills make her a formidable opponent.’

Bibi is a registered Direct access practitioner and an accredited mediator.

Bibi has extensive experience in complex appellate  and advisory work.

She is included on the list of counsel of the International Criminal Court.

R v EA – Represented a defendant charged with attempted murder; a drug deal that got out of hand; victim stabbed 4 times.

R v MW – Defendant charged with soliciting murder and threats to kill of his ex-girlfriend.

R v HV – Represented one of 11 defendants in a long running conspiracy to convert criminal property by an organised crime group – stealing, cloning and selling high value vehicles; in excess of 200 vehicles; 70 vehicles linked to the defendants with a value of over £1.5million involving the theft and conversion of a large number of high value motor vehicles

R v DD – Historical sexual offences alleged against the defendant by a sibling and a cousin; a series of earlier allegations took place when the defendant was in law considered to be Doli incapax.

R v TG – Described as a Covid-19 fraudster; D used fake digital messages to trick people into providing their bank details to receive a vaccine. He sent out bulk text messages to members of the public claiming to be from various financial organisations such as banks and from the NHS. Victims were asked for personal financial details and bank cards. He set up web pages based on the GOV.UK website, which claimed it needed this information to verify who victims were and their entitlement to receive the vaccine.

R v MNR – Representing one of 12 defendants indicted with kidnap, false imprisonment and witness intimidation. The alleged victim was kidnapped by a group who sought to force the victim’s brother to withdraw his assistance in the prosecution of a third party who was himself incarcerated and awaiting trial. Victim was taken and driven from London up north; violence meted out by his captors and a ransom amount requested of his father.

Advisory: R V HS deceased (Junior) – Pro-bono appeal on behalf of Cardiff University Innocence project; representation of the deceased applicant to the Court of Appeal as fresh counsel; two sets of allegations made by the same complainant 19 years apart. The first complaint concerned one incident; the second set of complaints were extensive and had expanded in nature, involving multiple rapes. The argument involved memory science.

R v M AM – Represented one of two defendants charged with possession of a firearm with the intent to endanger life; two sawn off shotguns had been discharged late at night at the complainant’s home, the latter with 3 occupants. The dispute was over a drugs debt.

R v LS – Represented a defendant charged with section 18 grievous bodily harm; he drove at his girlfriend with his car; he believed she had been cheating; victim sustained life altering injuries to a leg which may still require amputation.

R v ZB – Representing two of five defendants accused of providing unlawful immigration services, attempting to circumvent the rules by the use of a European lawyer; POCA proceedings. A highly publicized case.

ADVISORY: (Junior) – Assisting Justice for Rojava, an NGO. A written application submitted to the International Criminal Court to prosecute alleged human rights offences and war crimes committed as a result of “Operation Peace Spring” ; on 9 October 2019 Turkey under the leadership of the Turkish President, Recep Tayyip Erdogan, invaded the north-east Syrian region (NES) / Rojawa governed by the Kurdish Democratic Union Party in October 2019. The ‘Operation’ caused thousands of civilian deaths and the displacement of the Kurdish population including thousands of women and children. The written complaint, alleges crimes against humanity and invites the ICC to investigate and prosecute the matter.

R v MK (Junior) – Pro-bono representation of a juror who had been accused of contempt.

R v RK – Represented one of 6 defendants on a large scale conspiracy to supply class A in North West England.

R v RK (Junior) – Highly publicized murder of a 2 year old child whose injuries were consistent with having been involved in a serious road traffic accident, although he had not in fact been in one.

R v NC – Represented one of 15 defendants charged with the disruption of services at an aerodrome in contravention of aviation and maritime security act. The defendants were protesting the illegal methods of transfer of refugees.

R v JM – Represented one of 12 defendants on a large scale conspiracy to supply class A drugs in the North of England, run by two crime families.

R v RN (Junior) – A highly-publicized murder/allowing the death of a 3 month old child; both parents charged; cut throat defences run; the 9-year-old autistic child of the family admitted shaking the baby and was blamed by the father for the baby’s death.

R v TC – Prolonged fraud over 5 years by a prison officer; as a serving prison officer at the same prison as his mother (not accused) falsification of official paperwork relating to prison accounts, travel claims implicating an innocent colleague.

R v JC – Rape of a foreign student who went to buy her weekly supply of drugs from the accused.

R v MJ – Child cruelty – 11 count indictment; there was an ongoing family case; in the background, there were allegations of rape against the accused by mother.

R v RM – Stranger knife point rape at a midnight park rave; met at the rave, spoke for a few minutes; defendant then carried complainant off to a secluded area, raping her whilst holding a knife to her throat.

R v DA – Historical rape of 11-year-old niece; defendant had been asked to look after his niece and nephews over 2-month period; child complained to parents when it happened, they did nothing; 12 years later distressed about defendant coming back into their lives she complains again.

R v PK – Penetration and sexual assault of a 4-year-old girl; cross examination of the 4-year-old; parties lived in shared accommodation; 4-year-old child invited herself to lunch with the defendant, who had been drinking; the father of the child noticed her absence, found her in the defendant’s locked room; the father attacked the defendant then called the police.

R v LC-K – Persistent rape/sexual assault of 11-year-old twins by brother; rapes started when defendant was 14.5 years old; he was on the autistic spectrum; 16 at date of hearing; first offence in time was when his sisters would have been 6/7. Defendant was acting out an anime character called Darkness who had extremely long fingernails – defendant grew similar nails.

R v HI – Defendant was 85; accused of sexually assaulting a 25-year-old man who had Prader-Willi Syndrome; on the Autistic spectrum; suffered from epilepsy and had behavioural problems.

R v KB – 2 handed rape at gun point. Defendants accused of coercing a drunken woman into their car, pretending to be a taxi, drove off with her, parked up and at gun point took turns in raping her, took her back to first defendant’s home, dragging her up the steps- raped her again, drove her to an area and kicked her out of the car.

R v RH – Serious fraud by pay day loan employee; defendant employed as a debt collector for her employer; her husband was disabled and unemployed; her hours were much reduced, she started to falsify loans; serious attempt at suicide when discovered.

R v RQ (Junior) – Son murdered his mother; defendant had come back home to look after mother who berated him daily; he kills her in bed; props her up and leaves her there for the next 2 months and continued with his life.

R v BK – Complex issues involved in determining whether a trial of insanity was applicable on the psychiatric evidence requiring a special verdict from the jury.

R v LS (Junior) – Wife murdered her husband; husband at the age of 75 was still a philanderer; after arguing over an episode of East Enders depicting a similar life style defendant killed him.

R v SG (Junior) – 7 handed murder and violent disorder; youngest contract killer in UK at that time; defendant at the age of 14½ years at the date of the shooting for which he was paid £50, 16 at trial; killed the estranged wife of the third defendant; said to have been paid by the Turkish Mafia to which it was alleged the third defendant belonged; recruited by a go between who had pocketed the real blood money; evidence from witnesses under police protection.

R v A.A – Threats to kill – mental health issues – borderline/fit to plead; insistent he was being attacked by other-worldly forces.