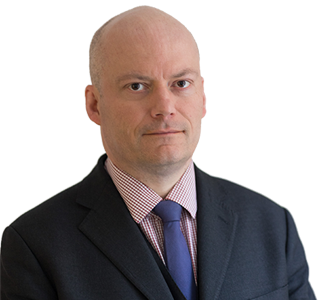 ‘Has consistently done work above his call from an early age and impresses with his industry.’

Nicholas prosecutes and defends serious crime, with an emphasis on heavyweight defence across the entire range of offences. He is regularly instructed as sole junior counsel in serious sexual offences (including cases of rape and historic abuse), high level conspiracies to import and / or to supply Class A drugs (including those investigated by the Serious Organised Crime Agency and the Flying Squad), serious violence (including cases of attempted murder), serious dishonesty and driving offences involving death or serious injury.

As a result, he has extensive experience in the cross-examination of all types of witnesses, including experts in a number of fields, for example forensic pathologists, other medical practitioners and vehicle examiners.

He is known for the quality of his legal argument and has regularly appeared in the Court of Appeal. As a result of this expertise, he has been instructed by the Registrar to represent unrepresented Appellants who have been granted leave to appeal. He also offers second opinions to defendants who have been told that they have no grounds of appeal or have been refused leave by the Single Judge.

He is instructed by the CPS Organised Crime Division in complex cases and also by other branches of the CPS, the Royal Mail and Westminster City Council.

He has experience of appearing at inquests.

Nicholas regularly advises BBC correspondents and producers in relation to recent legal developments and to breaking legal news. This has led to appearances as an expert on the BBC News Channel, Radio Five Live and local programming.

‘Has consistently done work above his call from an early age and impresses with his industry.’

‘Showed the utmost dedication, making those involved feel very much part of the team’