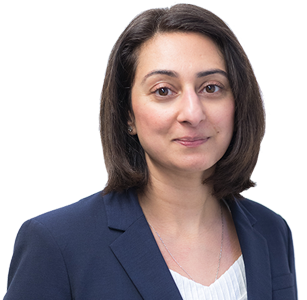 R v R & Ors – Led junior. 11-handed murder, manslaughter and conspiracy to rob allegations. This involves stabbing of a “guard” at a cannabis factory run and controlled by a gang of Albanians – ongoing (Defence).

R v A & A – Led junior in a gangs and guns case, involving evidence of purchase of guns from outside the jurisdiction, analysis of purported gang videos and drill music, interrogation of social media accounts such as Snapchat and Instagram – ongoing (Prosecution).

R v B & L – Led junior in an arson case involving intent to endanger life allegations in a multi-occupancy building.

R v A & Ors – Led junior in a 5 week trial in a murder by stabbing. Complicated issues dealt with included a dying declaration, hostile witnesses, waiver of privilege in the context of a cut throat defence and a number of bad character applications and cross-applications (Defence).

R v M – Possession of a loaded firearm in public and in a home where young children present (Prosecution).

R v M & Ors – Led Junior. 8 defendants. Being Concerned in the Supply of Cannabis. Involved a sophisticated drugs trafficking operation run from the home address of 4x of the defendants, involving the drying, packaging of multi-kg cycles of Skunk Cannabis over an extended period and the laundering of the consequent proceeds. After 6-week trial, jury convicted all 5x of the defendants who remained in their charge. A re-trial is to follow – ongoing (Prosecution).

R v E – Rape of a child under the age of 13 years old, allegation involves rape of a 2-3 year old female by her step-grandfather in the family home – ongoing (Defence)

R v B – Boyfriend alleged to have raped girlfriend; issue of consent (Defence).