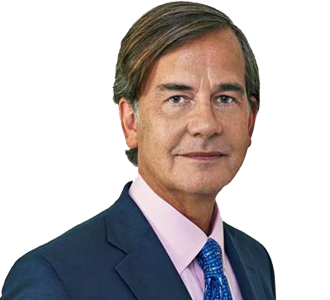 Specialises in serious and complex cases of fraud.

James is a criminal practitioner who has been focused for over 20 years on commercial and tax fraud. He has appeared in numerous serious, complex and high-profile fraud trials, usually with a substantial international element. In recent years, he has been involved principally in financial services and other business-related investigations and, in particular, the series of Euribor interest rate rigging cases, one of which has recently resulted in appeals against convictions being heard in the Court of Appeal.

During the last few years, James has been instructed as the lead prosecutor in the trials concerning the manipulation of the Euro Interbank Offered Rate (EURIBOR).

He has also been involved in other investigations concerning Barclays Bank which concern LIBOR and capital raisings which took place in 2008.

He is appearing for five directors in a civil case which concerns the exercise of their duties under the Companies Act 2006.

Through his cases, he has gained experience of a wide range of business activities and associated regulation.

He is also instructed in relation to an investigation into professional advice given to companies and individuals about circumventing the Loan Charge, a tax provision designed to defeat a tax avoidance technique of paying employees by loans rather than by salary.

During the last 20 years, James has been involved in many large and complicated fraud prosecutions. In recent years, he has usually appeared as the lead advocate for the prosecution in tax evasion, financial services or other commercial fraud cases.

During the last five years, James has been involved in several SFO investigations and trials which concern allegations of serious fraud in the Business and Banking sectors. Ongoing cases concern large- scale capital raisings or alleged benchmark interest rate malpractice at international banks. Two of these cases have also involved parallel proceedings in the Commercial Court and the Upper Tribunal.

In the last few years, he has been instructed in relation to several investigations which concern professional tax advice given to high-net-worth individuals. He is currently engaged on one such case.

He undertakes civil cases where there allegations of fraud. He is currently engaged in one such case where he is representing non-executive directors who, the claimants say, failed to prevent fraud being perpetrated by the executives, thereby contravening their duties under the Companies Act 2006. He has also undertaken cases of civil fraud in the First Tier Tribunal.

James has advised on tax and other types of fraud within the civil jurisdiction. He has led for Her Majesty’s Revenue and Customs in several tax fraud cases before the First Tier Tribunal.

James also has lengthy experience in relation to this area of the law. During 2013, he appeared in two large confiscation cases which arose out of trials he prosecuted. There were orders of £13 million and £15 million. In relation to one of these cases, the full sum, including £10 million in hidden assets, was recovered.

In 2017, he was lead counsel in a case where confiscation orders in excess of £16 million were made, of which a substantial portion has been recovered.

In 2020, he appeared for the prosecution in confiscation proceedings arising from one of the Euribor trials.

His cases usually have an international element to them. Consequently, he has considerable experience in dealing with cross-jurisdictional issues in relation to the obtaining of evidence and extradition.

In recent years, regulation in the financial services and other business spheres has formed an integral part of the bulk of James’s cases.

James has appeared in the Administrative Court in relation to his criminal cases. A recent example concerned the lawfulness of search warrants.

Qualified to accept instructions by way of Direct Access.

R v Dosanjh and others (1 WLR 1780, 2014) – Concerning the point of principle as to whether length of sentence for the common law offence of conspiracy to cheat the public revenue should exceed the maxima for comparable statutory offences of fraud. The main defendant was sentenced to 15 years imprisonment whereas the maximum for conspiracy to defraud is 10 years. The Court decided that there was nothing wrong in principle with the current sentencing regime in relation to cheating the public revenue which had a clear and recognised role to play in the prosecution of the most serious tax fraud cases.

Choudhry v Birmingham Crown Court and HM Revenue and Customs; Hanson v Same (172 JP 33, DC) – This case concerned the procedure adopted by the Crown Court in relation to the taking of sureties as a condition of bail.

R v Castillo (2 Cr App R (S) 201 36, 2012) – This case concerned the principles to be applied in determining the length of period in default of satisfying a confiscation order.

R v Spear (Crim App R (S) 242, 1995) – This case concerned the criteria to be applied for the imposition of a discretionary life sentence.

James is instructed in two cases before the Court of Appeal. One concerns one of the Euribor trials and the other concerns fraud in the pensions sector.

He is instructed on behalf of several non-executive directors who are assisting in relation to insolvency proceedings and are now defendants in a civil claim, arising from the exercise of their duties under the Companies Act 2006. The executives are suspects in an SFO investigation.

He is instructed in relation to an investigation into professional advice provided to various individuals hoping to mitigate their tax liability.

R v Carlo Palombo and Colin Bermingham (2020) – The Court of Appeal today rejected various grounds of appeal by two traders at Barclays Bank who were convicted for their part in the manipulation of the Euribor benchmark interest rate, against which over $150 trillion of financial products are referenced. In all, four defendants have been convicted as a result of this SFO investigation. James Waddington QC led Emma Deacon QC on behalf of the Serious Fraud Office. The grounds of appeal included alleged juror bias, criticism of the direction given about the proper basis, pursuant to the relevant contract, founded in Belgian law, for submitting interest rates to Euribor and the assertion that, post the cases of Barton and Ivey, the charge lacked legal certainty.

R v Say (2018) – A fraud committed by an independent financial advisor in relation to the pensions sector.

R v Sandeep Dosamjh & 6 – James was the lead advocate in these two trials arising out of a £60 million VAT fraud carried out by the fraudulent trade in carbon credits. The law was changed to prevent carbon credits being utilised in this way again.

R v Ronnie, Barrington and Ball – This case concerned fraud by the CEO of JJB Sports Ltd and perverting the course of justice by two others.

R v Ashraf – James was the lead advocate in the prosecution of defendant extradited from Dubai to face trial for his part in a £45 million VAT fraud carried out by the fraudulent trade in telephones.

Face Off South Ltd v HMRC – James was instructed by HMRC as lead advocate in these unsuccessful appeals brought by these companies before the First Tier Tribunal in relation to the refusal of HMRC to allow input tax claims for several million pounds.