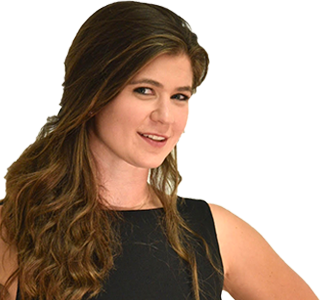 Rose has a varied Crown Court practice, prosecuting and defending with great success. She is a Grade 3 CPS general crime and specialist Counter Terrorism prosecutor and has experience in jury trials involving firearms and offensive weapons, drugs, theft and burglary, sexual offences and serious violence, acting for both the Prosecution and the Defence. Rose recently appeared as one of the juniors for the Crown in a lengthy and high-profile terrorism trial before the Central Criminal Court, which resulted in the conviction and a sentence of life imprisonment. Rose was well placed for this, having assisted Mukul Chawla QC to prosecute two separate 5-handed murder trials at the Central Criminal Court during her pupillage.

Rose also regularly appears in Youth Court matters involving some of the most serious offences not to be sent to the Crown Court, including armed robbery, wounding with intent, sexual offences and high-value possession with intent to supply Class A drugs. She has completed her vulnerable witness training and has an aptitude for dealing with vulnerable clients and witnesses, including victims of domestic violence and those with mental health issues. She also appears privately instructed to defend matters in the Magistrates’ Court.

Outside of her criminal practice, Rose is also developing a public law practice and has experience in Judicial Review proceedings. She has recently been invited to be a panel speaker at the Public Law Project’s annual conference and participated in the Law Commission consultation on the new Sentencing Code. In 2020, Rose was awarded the prestigious Pegasus Trust Outgoing Scholarship to work for the Supreme Court in Uganda.

Rose has also acted pro bono in a successful Article 8 ECHR appeal, heard in the Immigration Appeal Tribunal, and has appeared in matters before the Employment Tribunal for the Free Representation Unit as well as privately instructed. Rose has developed expertise in cash forfeiture, condemnation and restoration proceedings, regularly appearing for the Home Office and Director of Border Revenue, and also for private Claimants, in the Magistrates’ and Crown Court as well as the First Tier Tax Tribunal.

Rose also practices in an academic capacity. Prior to her career at the Bar, having obtained a First Class law degree and Masters in Human Rights Law from the University of Bristol, she was appointed an Honorary Research Fellow of the university’s Law School. Rose is widely published concerning matters of law pertaining to the UK’s relationship with both the Council of Europe and the European Union, with particular focus on reviewing the legality of the Brexit process in relation to which she was interviewed regularly on national radio. As a result of one particular publication – S. Greer and R. Slowe, ‘The Conservatives’ Proposals for a British Bill of Rights: Mired in Muddle Misconception and Misrepresentation?’ (2015) European Human Rights Law Review, p.370-81 – Rose was invited, by Human Rights Watch, to be a panel member in a Parliamentary debate on whether the Human Rights Act was fit for purpose.

Most significantly, prior to commencing Pupillage, Rose co-authored a book on European Human Rights Law with Professors Greer and Gerards, which was published by Cambridge University Press in March 2018: S. Greer, J. Gerards and R. Slowe, ‘Human Rights in the Council of Europe and European Union: Achievements Trends and Challenges’, Cambridge Studies in Law and Policy (Cambridge University Press, 2018). This “excellent and important” monograph has been praised as “a major, timely and welcome contribution to the literature on European human rights law” and “one of the first comprehensive book-length studies of Europe’s two principal human rights systems, a valuable resource for those interested in the broader picture of human rights in Europe”. In April 2018, Rose and her co-authors were invited to lecture about the thesis of their book at various Ivy League universities in the United States.