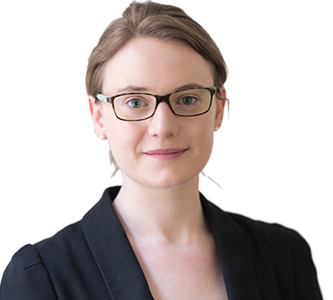 Sophie has developed a specialist criminal practice, both defending and prosecuting, in a full range of serious and complex cases. She accepts instructions in all areas of Chambers’ work, with a particular emphasis on document heavy cases and matters involving complex legal argument.

Sophie has developed an established practice across a full spectrum of criminal offences, as both a led junior and junior alone.

Sophie places great emphasis on client care and has extensive experience working with young and vulnerable people, in particular those with learning difficulties and mental health problems. She has represented clients with Asperger’s syndrome, Schizophrenia and has experience of working with sign language interpreters and intermediaries. She has experience of a full range of witness handling involving young and vulnerable people, including the cross-examination of child witnesses and victims, and has completed the Vulnerable Witness Training programme.

Sophie enjoys cases which involve the use of expert evidence. She is comfortable with presenting and challenging such evidence including computer, DNA, fingerprint cell site, ANPR and complex medical evidence. Sophie has successfully made submissions of no case to answer, assisted by deploying expert evidence in a case involving the alleged attempted transmission of HIV. Sophie is experienced in making a range of successful legal arguments including in relation to admissibility of evidence, dismissal of charges, availability of defences and interpretation of statutes.

Sophie has a particular interest in Appellate work. She has successfully appeared in the Court of Appeal twice as a junior alone, where she was commended for her “forcefully written” and “concisely developed” oral submissions. She has also accurately advised the CPS in an unduly lenient sentence matter. Sophie advises clients on appeals against conviction and sentence, in matters where she was not trial counsel under the advice and assistance scheme.

Sophie has both defended and prosecuted in matters involving fraud and money laundering (see example cases below).

Sophie regularly appears in the First Tier Tax Tribunal on behalf of HMRC and the Home Office in relation to restoration appeals. Sophie provides written advice and drafts Statements of Case in relation to these matters. Sophie has also appeared on behalf of the Home Office, HMRC and the NCA in cash forfeiture and condemnation proceedings in both the Magistrates and Crown Courts. She has notably advised in complex matters involving the seizure of extended diesel, nitrous oxide and alcohol taken out of duty suspension (liability worth in excess of £2 million).

Sophie was invited to speak to Home Office staff in a talk relating to the law and procedure in complex condemnation proceedings.

R v XY and Others (Cardiff CC) – Defendant’s father was convicted of being part of a large scale drug dealing enterprise. Defended XY, who was jointly charged with three others of laundering the proceeds of that crime.

R v G & Others (Isleworth CC) – Prosecuted four Royal Mail employees accused of committing fraud on the Royal Mail by abusing the PPI system. Fraud worth in excess of £11.5 million.

R v CW (Oxford Crown Court) – Prosecuted a sentence in a case involving a series of armed robberies. Provided advice to the CPS that the sentence passed was unduly lenient. Matter referred by the Attorney General and the sentence was subsequently increased.

R v FD (Canterbury CC) – Provided advice on appeal against conviction in aggravated burglary matter involving the use of a firearm.