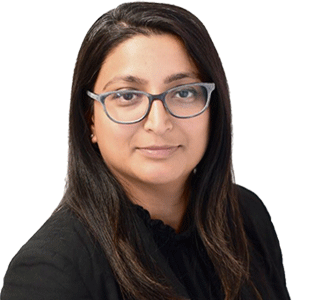 “It means a lot to me to have had you on my side and fight my case and most of all, thank you for believing in my innocence.”  – A former client.

Member of the Legal Reference Panel, Centre for Women’s Justice.

Vanessa’s practice includes acting as Junior Counsel in murder cases, other crimes of violence, sexual offences, and fraud cases ranging from fraud by false representation all the way up to VHCC cases. Her daily practice consists of dealing with serious violent offences and drug related offences. Her practice over the years has involved working with and against the Serious Fraud Office, the Financial Conduct Authority and the National Crime Agency.

Vanessa was called to the Bar in 2008.  Vanessa has a Master’s degree in Criminal law from UCL, where she examined and drafted a thesis on the ongoing issue of ‘stop and search.’ She also drafted a lengthy thesis on Honour Crimes and Killings within the UK.  Vanessa works closely with the charity Centre for Women’s Justice on a regular basis.

Prior to coming into Chambers, Vanessa also qualified as a Solicitor in 2012, and has litigated on a wide variety of cases over the course of her practice. As a result of this, she is able to work well with Solicitors and provides guidance from both a litigious and adversarial perspective, when instructed upon cases.

Vanessa is currently seconded to the Financial Conduct Authority whilst maintaining her practice.

R v PB and others –Harrow Crown Court – 2022 –Vanessa was instructed on day two of the trial to assist leading counsel in reviewing over 80,000 pages of phone evidence. This case involved complex legal arguments relating to disclosure, bad character and hearsay. The Defendant was acquitted on all counts following an eight-week trial.

R v NH – Kingston Crown Court – 2021 – Vanessa acted for the third of three co-defendants in a conspiracy to supply Class A drugs case.

R v A and ors – – Southwark Crown Court – The defendant had worked for the Ministry of Justice and along with three other court staff had been charged with several counts of perverting the course of justice. Vanessa took the case on two weeks before trial and was able to identify disclosure issues, which resulted in legal arguments being made on the first day of trial, and the crown offering no evidence.

R v W-M – Kingston-Upon-Thames Crown Court – Vanessa acted as Junior Counsel in this 3-week murder trial. This case was unusual in that the Crown and Defence both had experts agreeing the defendant had paranoid schizophrenia and fell within the realm of Diminished responsibility; however, the defendant maintained he was acting in self-defence. The jury found him guilty of Manslaughter by reason of Diminished Responsibility.

Page load link
We use cookies to ensure that we give you the best experience on our website. If you continue to use this site we will assume that you are happy with it.OkNoCookie policy
Go to Top