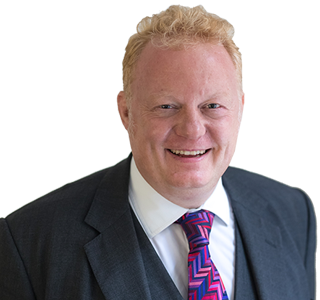 Experienced, hard-working and reliable.
Prosecutes and defends in all areas of serious crime.

Warwick has practised in criminal law for well over 20 years. He prosecutes and defends in a wide variety of serious cases. In recent years, his practice has mainly involved sexual offences and fraud but he also has long experience in cases of murder, drugs and serious violence.

Warwick is a well-respected advocate who is known for his careful preparation and friendly, down-to earth manner.

Warwick’s main practice has always been criminal law. He has prosecuted and defended in a wide variety of cases of murder, manslaughter, fraud, drugs, money-laundering, rape and other serious sexual offences. He has considerable expertise in cases involving vulnerable witnesses and intermediaries (prosecuting and defending). He has good experience of cases with complex PII issues.

Warwick has prosecuted and defended in substantial fraud cases. He is currently instructed as Junior Prosecution Counsel in a £44 million VAT fraud.

Many of Warwick’s cases have involved confiscation. He has prosecuted and defended in cases involving contested, high-value confiscation orders. He had also been instructed to appear in the High Court in applications to appoint receivers.

Warwick has presented and defended cases before the BSB, Law Society and GMC.

R v Budgen & others – Junior Prosecution Counsel in 5-handed murder. Cross-examined one of the Defendants.

R v Gall – Junior Prosecution Counsel. Defendant had committed over a 2 year period a series of violent assaults on women who were strangers to him.

R v Kerner – Successfully prosecuted a teacher who had sexual relationship with a pupil.

R v Muhaxheri and others – Prosecuted 3 Defendants accused of conspiracy to defraud in relation to bogus orders of mobile phones and electrical goods. 4 week trial.

R v Whitehouse and Page: – Junior Prosecution Counsel in an £11 million conspiracy to defraud. The case involved the artificial setting of rates of exchange at a Bureau de Change. 2 month trial.

R v Boyle & others – Prosecuted a 4-handed conspiracy to produce cannabis and transfer criminal property. Case related to a cannabis farm and the money laundered from that industrial-scale operation.

R v Colman & others – Junior Defence Counsel in 3 month case relating to a series of ram-raid burglaries. The case involved a 2 week legal argument concerning the admissibility of evidence obtained via a covert listening device.

R v Ebcin & others – Junior Prosecuting Counsel. A substantial heroin case in which one Defendant had been a participating informant. Case involved complex PII issues and the calling of evidence from the police handlers of the informant.

R v Sahut & Cirikka – Successfully defended man accused of being a launderer of £50,000 worth of drugs money.