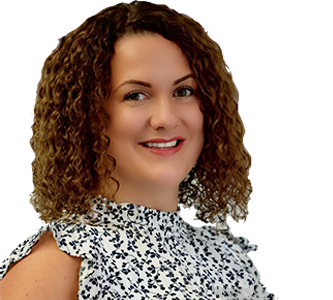 A captivating jury advocate with a persuasive and likable style

Emily takes a dedicated approach to all of her cases and provides straightforward advice coupled with a subtle, yet fierce tenacity in the courtroom. She has a reputation of being a committed and approachable advocate.

Emily places great emphasis on client care and has a particular interest in representing vulnerable defendants. Before joining the Bar, she worked as an advocate for those with substantial support needs including mental health diagnosis and addictions. Emily is a facilitator of the Vulnerable Witness Training developed by the Bar Council and Inns of Court College of Advocacy since 2017.

You can instruct Emily directly without the need for a Solicitor. Enquiries can be made via our Clerks.

R v O (Guildford Crown Court, 2021) – Emily secured a unanimous acquittal for a 30 year old male accused of Rape by a complainant he met in a nightclub. The complainant had been ‘live’ reporting the alleged Rape to her friend using WhatsApp and making 20 phone calls over an hour period. She immediately attended the Police Station after fleeing the address which was caught on door bell footage.

R v H (Aylesbury Crown Court, 2021) – The defendant was unanimously acquitted when accused by an ex-partner of rape where a recent complaint was made the following day by the complainant to a Counsellor and five friends soon thereafter.

R v B (Inner London Crown Court, 2020) – Instructed in an allegation of an attempted rape where a woman was attacked in the street at 8.00 am walking her dog and the defendant identified using CCTV. Agreed a plea with the Prosecution to the lesser charge of attempted assault by penetration.

R v B (Youth Court, 2020) – Emily was made the assigned advocate for a youth accused of seven sexual offences. The case involved a positive identification from one victim and a legal argument on complex caselaw resolving cross admissibility.

R v H (Kingston Crown Court, 2018) – Following a trial of the facts where the defendant was deemed unfit to attend trial or instruct Counsel due to suffering from Dementia; the jury found he did not abduct a child aged 5 or assault a child aged 11.

R v S (Camberwell Green Youth Court, 2017) – Vulnerable youth who required an Intermediary, acquitted of all offences alleged after four separate trials. Offences included Robbery, Threatening another with a Bladed Article, Taking a Vehicle without Consent and Theft from a person.

R v K (Northampton Crown Court, 2021) – In a trial where the defendant was absent and no positive case to be put forward, Emily ensured an acquittal on the more serious offence of Causing Death by Dangerous Driving.

R v C & Others (Luton Crown Court, 2018) – Led Junior where the defendant was acquitted of all 5 counts alleging various conspiracies to commit violence, including possession of a firearm, kidnap and GBH. The case involved a number of drill and trap music videos in an attempt to try and show a gang element to the offences.

R v S (Snaresbrook Crown Court, 2018) – Secured an acquittal on all counts where a man was said to have been in possession of a prohibited weapon and sprayed CS gas at two neighbours in a dispute; one complainant required medical treatment and forensic evidence showed CS gas was present on the other complainant’s t-shirt.

R v M (Uxbridge Magistrates’ Court, 2021) – When privately instructed, the defendant was acquitted raising self-defence where he had filmed his actions on his mobile phone showing his ex-wife being held by her throat and later fall to the floor.

R v JL (Snaresbrook, 2020) – On accepting submissions made by Emily Lauchlan, HHJ Pounder ruled that Res Gestae evidence captured on Body Worn Video should be excluded as unfair on the defence to not cross-examine in a domestic violence case. This led to two other independent witnesses’ evidence being excluded and the case dropped.

R v C (Basildon Crown Court, 2019) – Secured acquittals in two separate trials for a defendant accused of controlling or coercive behaviour and various acts of violence towards his partner over a 2 year period.

R v S and Another (Kingston Crown Court, 2017) – Successfully represented a defendant accused of ABH where the jury found he acted in self-defence.

R v S (Kingston Crown Court, 2016) – Secured the acquittal of a man alleged to have committed a series of violent attacks upon his partner over several years, including Threats to kill.

R v S (Winchester Crown Court, 2021) – Emily successfully made submissions for a conditional discharge to be imposed where a defendant diagnosed with Asperger’s syndrome was originally charged with Affray, Threatening another with a bladed article and assault offences. A plea was negotiated with the Prosecution to a Public Order Act offence.

R v F (Kingston Crown Court, 2020) – A suspended sentence order was imposed in a case of Possession with intent to supply Class A and B drugs, dangerous driving and possession of a bladed article. There was a delay in charging the defendant, who Emily previously represented on other similar offences at a similar time in 2018.

MCA v Daniel Wakefield (Southwark Crown Court, 2020) – Emily Lauchlan represented the captain of a London Party Boat’s vessel who fell asleep at the wheel, causing over £1.5m damage when he collided with the Met Police’s Pontoon. The defendant received a fine.

R v M (Inner London Crown Court, 2019) – A suspended sentence order was imposed for a number of robberies, somewhere the victims were stabbed. The defendant had not engaged with his previous youth sentence for almost two years.

R v W (Kingston Crown Court, 2017) – A suspended sentence order imposed for an offence of perverting the course of justice.

R v J (Court of Appeal, Criminal Division, 2016) – Appeared with leave from the Single Judge in an appeal against sentence.

R v G (Southwark Crown Court, 2021) – Emily prosecuted an allegation of stalking over a two month period. The defendant was found guilty and sentenced to 9 months’ imprisonment and ordered to pay £4,800 in costs and compensation.

R v S (Croydon Crown Court, 2021) – Instructed in a confiscation where the defendant pleaded guilty to a fraudulent claim of Housing Benefit in the sum of £47,000 over a period of years. The total benefit figure successfully awarded was over £400,000 due to properties being purchased by the defendant using the funds claimed.

R v M (Aylesbury Crown Court, 2019 – 2020) – Successfully prosecuted a five-count indictment of violent offences to members of the public and emergency workers where the defendant suggested he did not commit the acts but was being controlled through his mind by another. Emily has since been instructed in another trial involving the same defendant for similar offences.