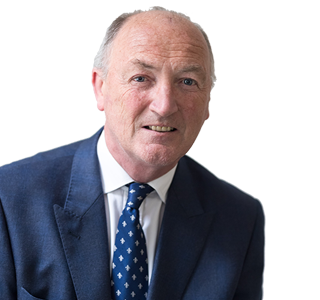 Lawrence has focussed his practice on defence advocacy. He has in the past prosecuted general crime for the CPS and the Serious Fraud Office in serious and complex cases. His defence work spans all areas of crime.

Lawrence prides himself on having time for all those he represents and recognises the pressures on solicitors and lay clients alike. The key to defending successfully is taking the extra step with those he represents and taking time to not only give advice but ensuring that the complexities of the criminal process are well understood by the client.

Lawrence regularly defends in allegations of fraud and financial misconduct in the Crown Court.

Lawrence is well able to deal with cases involving the very often complicated issue of confiscation of assets as it affects an increasing number of cases.

R v KM (Cardiff CC, Aug 2018) –  Man accused of defrauding a Wall Street fund manager of £1,000,000 by asserting that he could arrange ‘standby letters of credit’ to the value of hundreds of millions or billions of pounds if necessary from banks favourable to him and seeking his business. Although the defendant was very persuasive with those he sought to use in the scheme, that did not extend to the jury. LH represented a man, living on benefits in a rented house and accused of fraud, whereby he represented to a Wall Street fund manager (a prosecution witness – it was necessary to cross examine him to the effect that he was involved in mis-selling financial products (which had its interesting moments), (if for no other reason than it would assist in mitigation, if it came to that)) that he required short term funds to enable him to further his philanthropic activities and that the defendant was a man of substantial means.  He wanted to borrow £1,000,000. The defendant exhibited a great facility for creativity and persistence. The premise deployed was to assure the lender that the borrower/the defendant had a facility available where ‘standby letters of credit’ to the tune of millions or if necessary billions of euro’s dollars or pounds sterling could be issued via banks that would be favourably disposed to the transaction and or the defendant. A very complex web of financial instruments was deployed to the scheme and a clear path for the journey of funds was difficult to uncover. There was a difficult strategy decision to make in this case, namely that the defendant’s previous disqualification as a director and the fact that he was a director of a Seychelles company into evidence in exchange for the fact that the Wall Street fund manager had been found to have ‘mis-sold’ investments on the basis of overstating the expected return. It was neither or both above facts into evidence. The defendant’s assertion in cross examination that he was an informant for the US Federal Reserve was the source of last-minute strategic thought.

R v CS (Swindon CC, July 2018) – Serious violence, kidnap, false imprisonment, drug dealing and firearms – LH represented one of a number of gang members charged with firearms, drugs dealing, serious violence and kidnap offences. This case had a great deal of cell site evidence, against which challenge lay. This case required careful consideration of the defence strategy in that the cross examination of the complainant would/could shape the way the case unfolded through the prosecution case.

R v OP (Harrow CC, June 2018) – Man accused of fraud by representing that he wanted to buy a travel agency business to enable him to funnel passengers from his (non-existent) airline business into his intended hotels business in the USA – LH represented a man who had approached the owner of a travel agency business with an offer to buy it. Which was accepted and moneys advanced to the defendant on the understanding that the offer was in good faith. Defendant arranged ‘trade mark’ cover for the business in the USA with USA Attorney’s and was to fund partially, the making of the a film to be produced in Hollywood. The star of the film was deployed to show bone fides (but was not called to give evidence). There was an involved trail of some true and some other documents which set up the funding for the purchase deal, using unusual financial instruments and loan arrangements.

R v JB (Southwark CC, Aug 2017) – Women accused of perjury and perverting the course of justice – Represented a woman charged with multiple counts of perverting the course of justice, and perjury arising out of her multiple complaints of rape. The five complaints spanned several years and fifteen different alleged perpetrators. This was a very significant course of conduct. The sentence of 10 years custody has been appealed and leave granted.

R v C (Reading CC, 2016) – Allegation of attempted murder – currently before the Court of Appeal Criminal Division where the court will adjudicate a point on ‘joint enterprise’.

R v A (CCC, 2016) – Allegation of procuring support for a terrorist organisation. The defendant was charged with promoting support for ISIL via the distribution of literature and online and being in possession of items useful to those involved in terrorist activity. The case interestingly, involved exploration of the differences in views and belief structures of Sunni and Shiite Muslims. There was expert evidence from an expert in historical Islam.

R v H (Reading CC, 2015) – Schoolteacher of ‘special needs’ children accused of rape on school premises of teenage student. The complainant gave evidence with the assistance of an intermediary. The case involved a misleading report in a local newspaper which required challenge.

R v GH (Maidstone CC, 2019) – Represented a D accused of long-term sexual abuse of his daughter (aged14 – 16), over period of 2 years. This involved advising D that his sexual relationship with his daughter was not a ‘permitted’ relationship although they ‘co-habited’. D was particularly ‘highly strung’ although not suffering any defined mental deficit and taking instructions was a particularly taxing exercise. Sentence: extended sentence by virtue of S226A CJA 2003 18 years and 4 years extension. Learned judge found there to have been ‘a campaign of rape’.

R v AN (Southwark CC, 2019) – Represented D who faced allegations of supply of Class A (21 kg’s Cocaine and MDMA sufficient for 250,000 pills), possession of £100,000 counterfeit currency and ammunition. D was alleged to be the leading role in the enterprise, being conducted under the cover of a legitimate business. Sophisticated operation, which was well planned and used the latest telephonic systems. The case was reliant on the evidence of experts in all the differing aspects of the prosecution case; seven in all. (15 years custody is subject to application to appeal against sentence)

R v KJ (Swansea CC, 2019) – Represented D who was alleged to be the leading role in a targeted burglary conspiracy amounting to 142 burglaries of which a number were said to be ‘aggravated’ – over the period of 6 months. D and his team were said to be very forensically aware. The aggravated burglaries were all subject of successful submissions of ‘no case’ at the close of the prosecution case, but convictions followed on the conspiracy count. Sentenced to serve 10 years custody (subject to application to appeal against sentence)