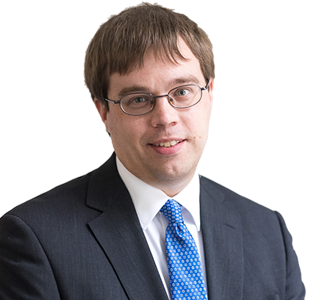 ‘A walking encyclopaedia on POCA’

‘A walking encyclopaedia on POCA‘

In addition, Michael has experience of appearing in the Chancery Division of the High Court, in the Family Court and in the County Court in civil and family proceedings overlapping with ongoing restraint and confiscation applications.

Michael regularly acts in proceedings pursuant to the Proceeds of Crime Act 2002 for the detention and forfeiture of seized cash, both at first instance in the Magistrates’ Court and, on appeal, to the Crown Court. He is often instructed in cases involving large amounts of cash or those which have significant complexity.

He also has experience of account freezing and forfeiture orders, including applications for the freezing of multi-million pound account balances.

Following a period on secondment to the, then, Serious Organised Crime Agency, Michael is also familiar with proceedings for the civil recovery of the proceeds of crime pursuant to Part 5 of POCA.

Michael is often instructed, whether by local authorities, companies or individuals, in regulatory prosecutions and associated proceedings for matters as diverse as fraud, trade mark offences, breach of abatement notices and failure to comply with the Food Hygiene (England) Regulations (both in respect of civil complaints and criminal breaches), licensing matters and animal welfare offences.

As well as representing parties in Court, Michael is experienced in advising businesses and individuals, who may be the subject of anticipated proceedings, on the approach they should take during any investigation.

Michael deals regularly with issues arising across international borders. He has experience of advising on the appropriate use of material which has been obtained by way of mutual legal assistance, particularly where attempts are made to use that material in proceedings other than those for which it was obtained.

Michael acts in varied litigation involving indirect tax. He has experience of acting for HMRC in the First Tier Tribunal (Tax) in a number of cases, both as junior alone and as led junior, in which the right to deduct input tax has been denied by HMRC on the basis of a connection with Missing Trader Intra-Community Fraud.

He is also frequently instructed in proceedings relating to the seizure of goods by relevant authorities, including condemnation proceedings brought pursuant to the Customs and Excise Management Act 1979 before Magistrates’ Courts (together with appeals against such orders), along with appeals against decisions not to restore goods which have been seized in the First Tier Tribunal (Tax).

Dines v DPP [2020] 1 WLR 3007; [2020] 2 Cr App R 15 – Appeal against an order registering Italian confiscation orders for enforcement in this jurisdiction. The Court was required to consider whether a ‘patteggiamento’ was a ‘conviction’ for the purposes of the relevant domestic legislation.

Regina v Moss [2019] 1 WLR 6033 – Led junior for the Crown. The Court refused an appeal against certification of a domestic confiscation order for enforcement in Spain, pursuant to the Criminal Justice and Data Protection (Protocol No.36) Regulations 2014.

Ahmed v CPS [2019] 1 All ER 1003 – Appeal against an enforcement receivership order, considering whether a pension policy had to have be immediately available to a defendant to constitute ‘realisable property’ for the purposes of the Criminal Justice Act 1988. Led junior for the Crown.

Regina v Carroll [2020] EWCA Crim 1119 – Instructed for the Respondent in an appeal against a confiscation order made in the sum of £4.5 million after the Appellant had left the jurisdiction. The appeal was dismissed.

Re Khan [2019] EWHC 2683 (Admin) – Successfully resisted an application pursuant to CPR 3.1(7) by the defendant to set aside an enforcement receivership order previously made by consent.

Re Austin [2019] EWHC 2574 (Admin) – Instructed to respond to an application by a third party to vary a restraint order. The purpose of the intended variation (which was refused) was to fund legal representation in ongoing receivership proceedings. The Court considered the regime for exceptional funding available under LASPO.

Re Kone [2017] EWHC 3763 (Admin) – Application for the appointment of an enforcement receiver to realise a matrimonial home. The application was made some years after the original confiscation order had been made in respect of ‘hidden’ assets and involved consideration of Articles 6 and 8 together with Article 1 Protocol 1 of the ECHR.

Re Price [2016] EWHC 455 (Admin) – Instructed for the Respondent in Certificate of Inadequacy proceedings in which the defendant sought to re-litigate matters resolved against him in the Crown Court in the original confiscation proceedings when a £2.3 million order had been made.

Re A & A [2016] EWHC 304 (Admin), (2016) CrimLR 577 – Junior in proceedings to appoint an enforcement receiver in respect of two £16 million confiscation orders. Consideration of the extent to which Article 1 Protocol 1 ECHR required the courts to credit sums recovered from money launderers as if paid towards the defendants’ own confiscation orders.

R (Price) v Crown Court at Snaresbrook [2020] EWHC 496 – Resisted judicial review proceedings arising from the Crown Court’s decision to register a previously made confiscation order pursuant to the Criminal Justice and Data Protection (Protocol No.36) Regulations 2014 for enforcement against a property in France.

Director of Border Revenue v Turek [2020] UKUT 167 (TCC) – Successful appeal against a decision by the FTT to extend time for the making of a late appeal. The Upper Tribunal held that the FTT had erred in its application of the principles in Martland v HMRC.

Director of Border Revenue v Dockett [2020] UKUT 141 (TCC) – Instructed for the Director in an appeal against a decision in restoration proceedings. The Upper Tribunal allowed the appeal, holding that the FTT had made impermissible findings in favour of the owner of the goods at first instance.

Projosujadi v Director of Border Revenue [2015] UKUT 297 (TCC) – Instructed on behalf of the Respondent in an appeal against a tribunal decision where CITES requirements had not been complied with.