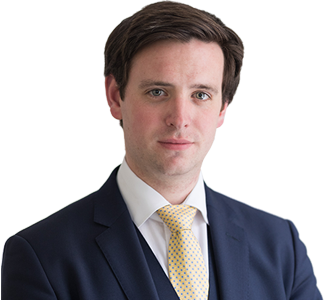 Defends and prosecutes in all types of criminal cases
with experience in professional discipline.

Chris accepts instruction in all of chambers’ practice areas with a particular focus on criminal defence and prosecution, asset recovery, restraint and confiscation and professional discipline.

Chris has experience of prosecuting and defending in the Crown and Magistrates’ Court, as well as having appeared in the Court of Appeal.

He is a Level 2 Crown Prosecutor and is security cleared to the SC level.

Chris successfully prosecuted an armed robber who attacked a complainant with learning difficulties and threatened him with a weapon so that he would withdraw money from a cash machine and hand it over. The victim gave evidence with the assistance of an intermediary and Chris was praised by the judge for the sensitive way in which he handled questioning of a clearly vulnerable complainant.

Chris successfully defended a man accused of making threats to kill to his mother. Chris robustly cross-examined the complainant and another family member, drawing out the inconsistencies in the account they presented together, particularly when compared with detailed phone evidence supporting the defendant’s account. Notwithstanding the defendant’s previous conviction for a similar offence, the jury unanimously acquitted him

Trial with 15 charges of criminal damage, common assault, harassment and public order offences. Chris secured an acquittal on seven of the charges across two days of evidence. Chris also dealt with the appeal in which a further three charges resulted in acquittal. Both the trial and the appeal involved a large number of hearings in which Chris secured several orders for service of material the Crown had not disclosed

Chris secured the conviction, for theft and fraud by false representation, of a defendant who had stolen a phone which he then pawned for profit. The complainant had subsequently died, resulting in consideration of hearsay becoming a central issue in the case.

Secured acquittal of two doormen accused of affray, having taken an unidentified man to the ground on CCTV. Acquitted on dual grounds of self-defence and lack of third-party concern for safety, following trial and skeleton argument.

Chris secured the conviction of a defendant who had used a fake disabled person’s parking permit (“blue badge”). The defence challenged that s115 of the Road Traffic Regulation Act 1984 could not apply to the use of a blue badge and that charging as such amounts to an abuse of process. With a lack of any authority at all, Chris presented a detailed written and oral argument drawn from a number of sources and successfully defended the borough’s position.

Chris secured the conviction of two parents who were in breach of a School Attendance Order. On appeal Chris produced two lengthy written arguments dealing with the admissibility of evidence from an expert Chris argued was not impartial and was incapable of giving independent expert evidence. Ultimately that evidence was withdrawn.

Chris was instructed for several months as part of the disclosure review on Operation Hornet, in advance of a large fraud trial at Southwark Crown Court in which a number of defendants were convicted of large-scale banking fraud.

Chris was also instructed by the Serious Fraud Office for several months in a large disclosure review exercise.

In both cases Chris reviewed several hundred documents for disclosure, in a general sense and also in response to defence statements served in the cases. Chris is familiar with the CPIA and its Codes of Practice, and the Attorney-General’s Guidelines on Disclosure as they relate to both physical and computer material.

Chris regularly appears for the Home Office and Border Force in cash forfeiture and condemnation hearings and has experience of proceedings under the Proceeds of Crime Act 2002.

Chris represented a defendant convicted of allowing her partner to use her premises to cultivate cannabis, in subsequent confiscation proceedings. Across three hearings Chris secured an agreed confiscation order reflecting a fairer interpretation of her income than the Crown, applying the lifestyle assumptions, had originally sought.

Chris represented the defendant who argued a large part of his unexplained income related to the running of his parents’ cash business. Chris argued over two days that the pattern of cash withdrawals was consistent with the defendant’s account and secured a significant reduction in the benefit figure.

Chris regularly appears for the Home Office and Border Force in cash forfeiture and condemnation hearings and has experience of proceedings under the Proceeds of Crime Act 2002.

In early 2018, Chris spent five months on secondment with the Nursing and Midwifery Council, presenting substantive hearings and review hearings on behalf of the NMC. He continues to appear regularly at the NMC, presenting cases including a full range of regulatory concerns including health matters, insufficient knowledge of the English language, lack of competence, conviction and caution cases, and misconduct matters including those of dishonesty.

Chris presented an eight-week case involving over 250 sub-charges alleging long-running dishonesty and lack of integrity in record-keeping. Chris successfully defended a comprehensive abuse of process argument, produced several written arguments and cross-examined the Registrant across five days. Wide-ranging charges were proved and impairment of fitness to practise was established.

Chris presented the first 6 weeks of a case alleging wide-ranging misconduct against a midwife arising from her care of three labouring women. Chris managed a number of witnesses with specific vulnerabilities, and dealt with extensive expert evidence on a range of detailed midwifery techniques. He produced a series of written arguments in short order to attempt to maintain the smooth running of the hearing.

Chris presented a four-week case against four nurses accused of causing or contributing to a mental health inpatient’s loss of life. Chris managed several arguments as to the admissibility of expert evidence and the facts of the case, producing a series of detailed written arguments.

Chris presented a case in which two nurses were found to have contributed to the death of a patient who was discharged following a surgical procedure and died shortly thereafter. The case contained a great number of conflicting factual accounts between witnesses. Chris dealt with conflicting experts, cross examining the defence expert at length on assumptions contained in the report and information not relied upon in it. The Panel were ultimately satisfied that the NMC expert evidence was preferable and relied upon it in finding both nurses did contribute to the death and their fitness to practice was consequently impaired.