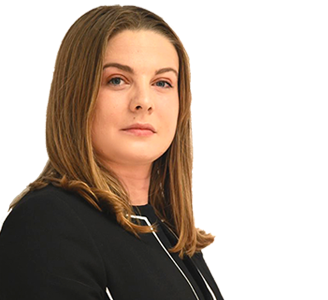 Daisy joined Chambers in September 2021 following successful completion of her pupillage. Daisy accepts instructions in all manner of criminal matters.

Daisy regularly appears in the Crown Court, Youth Court and Magistrates’ Court instructed to defend a wide range of clients, including vulnerable youths and defendants with complex medical conditions.

Having been appointed to the CPS Grade 1 Panel, Daisy regularly appears for the Crown in both the Magistrates’ Court and the Crown Court. She is particularly skilled at dealing with vulnerable witnesses, including child witnesses, having completed the Vulnerable Witness Training.

Current trial instructions in the Crown Court include offences of affray, witness intimidation, ABH, possession of a bladed article, being concerned in the supply of cannabis and dangerous driving. Daisy is also currently assisting in the private prosecution of a £75 million fraud.

Aside from crime, Daisy accepts instructions from the Home Office in matters of condemnation and cash forfeiture. She has recently appeared in the First-Tier Tribunal (Tax) representing the Director of Border Revenue in a challenge to a decision of non-restoration of goods. She has also accepted instructions in review work for Ofqual.

Prior to commencing pupillage, Daisy worked as a paralegal at a criminal defence firm. She assisted a senior solicitor in the Crown Court department on a wide variety of cases including murder, fraud, drug offences, sexual offences and cases where the defence of modern slavery was raised. This gave her a valuable insight into preparing a case from the police investigation stage to appearances in court.