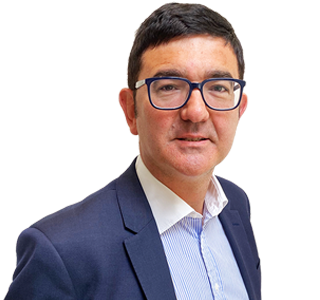 A wealth of experience both prosecuting and
defending serious violence, sex, drugs and fraud

David Smith has been practicing at the bar continuously for over 30 years and has a practice spanning the whole criminal calendar.  David both prosecutes and defends in equal measure and finds there to be a great advantage in practice to possessing both skill sets.

David is known for his work with vulnerable witnesses and defendants, children and the mentally ill.

Advising in all areas, including pre-charge advising for the Crown Prosecution Service.

Escalating drug dealing in the Isleworth area, leading to the attempted murder by shooting of a rival at Isleworth Railway Station.  The subsequent discovery of an arms cache including a self-loading pistol, ‘sawn-off’ shotgun and a machine gun with ammunition. The case involved extensive CCTV, telephone, cell-site evidence, DNA and expert ballistics evidence.

Conspiracy to supply several tonnes of cocaine over several months. The evidence included police surveillance, phone data, Encro-phone use, cell-site and site survey.  Issues arose over evidence tampering (by police mid-trial), phone attribution, cell-site location, bad character, (one defendant was in prison for the whole period of the conspiracy).  The case was made all the more difficult by a conflict with two of the main defendants, leading to the client’s acquittal.

R v. Brabon, Moon, Amin, Mahamud and Carter – Snarebrook Crown Court , May June 2019. Leading Counsel for the Prosecution at trial and alone in the Court of Appeal on appeal against conviction and sentence:

This case concerned Kent based defendants supplying cocaine from Liverpool to a group of individuals in East London.  A police intercept prevented the drug hand-over, to which one of defendants had brought a loaded firearm.  This case involved managing observation evidence, as well as extensive phone evidence, cell-site evidence, prison phone evidence and contested DNA evidence.

A ‘boiler room fraud’ involving the sale of coloured diamonds.  The defendants were referred to as the Alan Partridge group because Mr Kundi claimed that he could “convince white mice that black cats were lucky”.  There were a substantial number of elderly and vulnerable complainants and a link to a shadow director who appeared on ITV’s reality TV show, ‘TOWIE’.  Though convicted, an initial benefit figure of £1.8 million from criminal lifestyle resulted in an confiscation order of £153,000 being made.