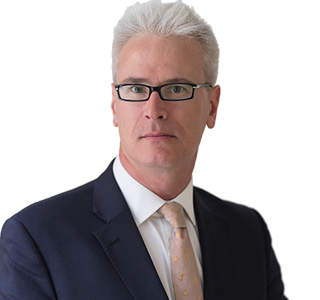 Mark is a highly-experienced, highly-regarded advocate and lawyer with over 20 years’ experience of prosecuting and defending at the Criminal Bar.  Mark prosecutes and defends in the most serious and complex cases of fraud and serious organised crime.  He prosecutes and defends both as a Leading Junior and a Junior alone.  His practice is predominantly in the Crown Court, but also when required in specialist proceedings before the Magistrates’ Court.  He has extensive experience in Police Discipline proceedings.

Mark is an advocate with a reputation for meticulous preparation and attention to detail.  His advocacy style is one that holds the attention of the jury who appreciate his structured yet persuasive approach.  His written work is of the highest quality.  He is renowned for working extremely hard for each and every professional or lay client, engaging with them to get the best possible outcome.

Clients and Solicitors alike appreciate the depth of analysis and understanding of strategy that Mark brings to every case in which he is instructed.

As a result of his substantial experience in serious cases, Mark has particular strengths in the collation, analysis and where necessary presentation of complex surveillance, telephone network/download/cell-site material, and also tachograph and sat-nav evidence.  Mark has extensive knowledge of dealing with the complex disclosure issues arising in serious, complex cases including those connected with PII and RIPA material.

Mark is currently appointed at Grade 4 to the Organised Crime Division Specialist Panel, and has been since 2011.  That appointment was underpinned by his appointment between 1996 and 2006 to the “Customs Lists”, culminating in some years at List A of the AG’s List of Prosecution Advocates.  As a result Mark has appeared in a significant number of trials involving multi-handed drugs importation and supply of substantial quantities of Class A and B drugs, both in a leading and junior capacity.  Mark was recently commended by the Court of Appeal for his exemplary handling of complex, sensitive Disclosure/PII issues in a massive multi-lorry Class A international drugs conspiracy.

Immigration crime: Mark has been instructed recently on a number of occasions on behalf of those charged with immigration fraud/people trafficking.  Mark secured significant success in the well-known Court of Appeal immigration facilitation case R v Kapoor.

Financial fraud constitutes a significant proportion of Mark’s practice. This has included lengthy, high-value cases of significant complexity, volume and seriousness. During 2016 Mark successfully defended (led by Alexandra Healy QC) the First Defendant in a 3-month 15-handed £40m mortgage fraud. He is adept in the handling of cases which involve very substantial volumes of evidence and disclosure, and has the IT skills to master the material involved in such cases.

In recent years Mark has had significant experience in prosecuting multi-£m VAT, Tax, Duty Evasion and Insurance fraud, Cheating the Revenue, and Money Laundering. Mark is currently appointed at Grade 4 to the CPS Specialist Fraud Division Panel. He is often called upon to advise pre-charge in complex cases. Mark has also been frequently instructed to prosecute corporate fraud, and internal theft/corruption.

Between 2005 and 2007, Mark was seconded full-time by HMRC / RCPO as Counsel to a dedicated Project set up to conduct a retrospective review of the adequacy of disclosure in a substantial number of historic prosecutions for Drugs, VAT and Money Laundering offences connected with allegedly corrupt informant-based intelligence derived from the part-HMRC regulated MSB sector. As a result, Mark has particular expertise in financial cases involving complex disclosure/PII issues.

Mark has acted on a number of occasions for prosecuting authorities in connection with Magistrates’/Crown Court cash confiscation proceedings, including cases involving very substantial quantities (£1m+) of seized cash.

Mark has a particular expertise in Local Authority regulatory prosecutions, working for a variety of local authorities throughout the London area (in particular WCC) in connection with the more serious offences in the fields of Food Safety, Trading Standards, Licensing, Environmental Health, Planning and Education in the Crown & Magistrates’ Courts.

Mark has also defended in the Crown Court those charged with serious health and safety, and trading standards breaches.

Mark has also appeared on a number of occasions in proceedings before the Police Appeals Tribunal, both on behalf of Officers and Police Forces.

His experience and knowledge have resulted more recently in appointment as a Legal Adviser to Police Tribunals.

Mark has advised upon and appeared in connection with Divisional Court Judicial Review proceedings arising from Police Misconduct proceedings.

Mark has frequently appeared on behalf of Police Officers in criminal proceedings ranging from assault matters in the Magistrates’ Court right up to lengthy Crown Court trials.

He also has significant experience of appearing in the Court of Appeal and the Divisional Court (both in Judicial Review and Case Stated).

Op Solon (Ipswich CC & CA, 2013 – 16) – Successful prosecution and appeal in 3-handed c.9m Conspiracy in relation to 3x lorry drivers importing c.£40m worth of Class A & B drugs. The case went to the Court of Appeal where, after the lifting of PII, and upon my Advice, the Crown resisted the appeals on the basis of fresh German intercept evidence which effectively demonstrated that the case advanced at trial and on appeal was nonsense.

R v Pepple [2016] EWCA Crim, CA – Evidence of purported fresh evidence of Compl in Rape case having admitted to lying in evidence at the trial.

R v Drinkwater [2016] 1 Cr. App. R. 30, CA – Admissibility of evidence at instance of Defence re confession of deceased 3rd party to crime of which Def charged.

R v Sakhizada [2012] EWCA Crim 1036, CA – Standard of proof in confiscation proceedings where Crown rely on evidence of criminality outside the scope of the indictment.

R (on the application of Graham) v DPP [2003] EWHC 120 (QB) – Sufficiency of evidence of Police Officers in prosecution for speeding.